After it was confirmed that Donie Buckley would play no further role in Peter Keane's backroom te...

After it was confirmed that Donie Buckley would play no further role in Peter Keane's backroom team, Aidan O'Mahony outlined his disappointment at the Kerry manager's decision and what Buckley brings to defensive coaching on Tuesday's OTB AM.

A Kerry native who played an instrumental role in almost aiding Mayo to All-Ireland success on a number of occasions across the last decade, it was thought of as a coup that Peter Keane could welcome Donie Buckley into his backroom team last year.

The one county thought capable of breaking Dublin's stranglehold on the senior football championship, Keane's decision to now plough on without Buckley has had the opposite effect on those looking from the outside in, however

"It is disappointing," remarked former Kerry footballer Aidan O'Mahony on Tuesday's OTB AM. "For me, he is a very positive fella as well and I think he'll be a loss around the place."

During Buckley's initial stint involved with the Kerry footballers under Jack O'Connor, the defensive-minded coach crossed paths with O'Mahony in a year where the county was defeated by Dublin in the 2011 All-Ireland final.

"I'd know Donie," he explained, "I know his love for the game of football and his love of Kerry.

"I was there in 2011 when Donie was involved and I found him to be very good. Defensively, he has a great way of working with players on one-on-ones and that.

"But he also brought something different to my game in that when you went out man-marking, he'd know the opposition forward inside out." 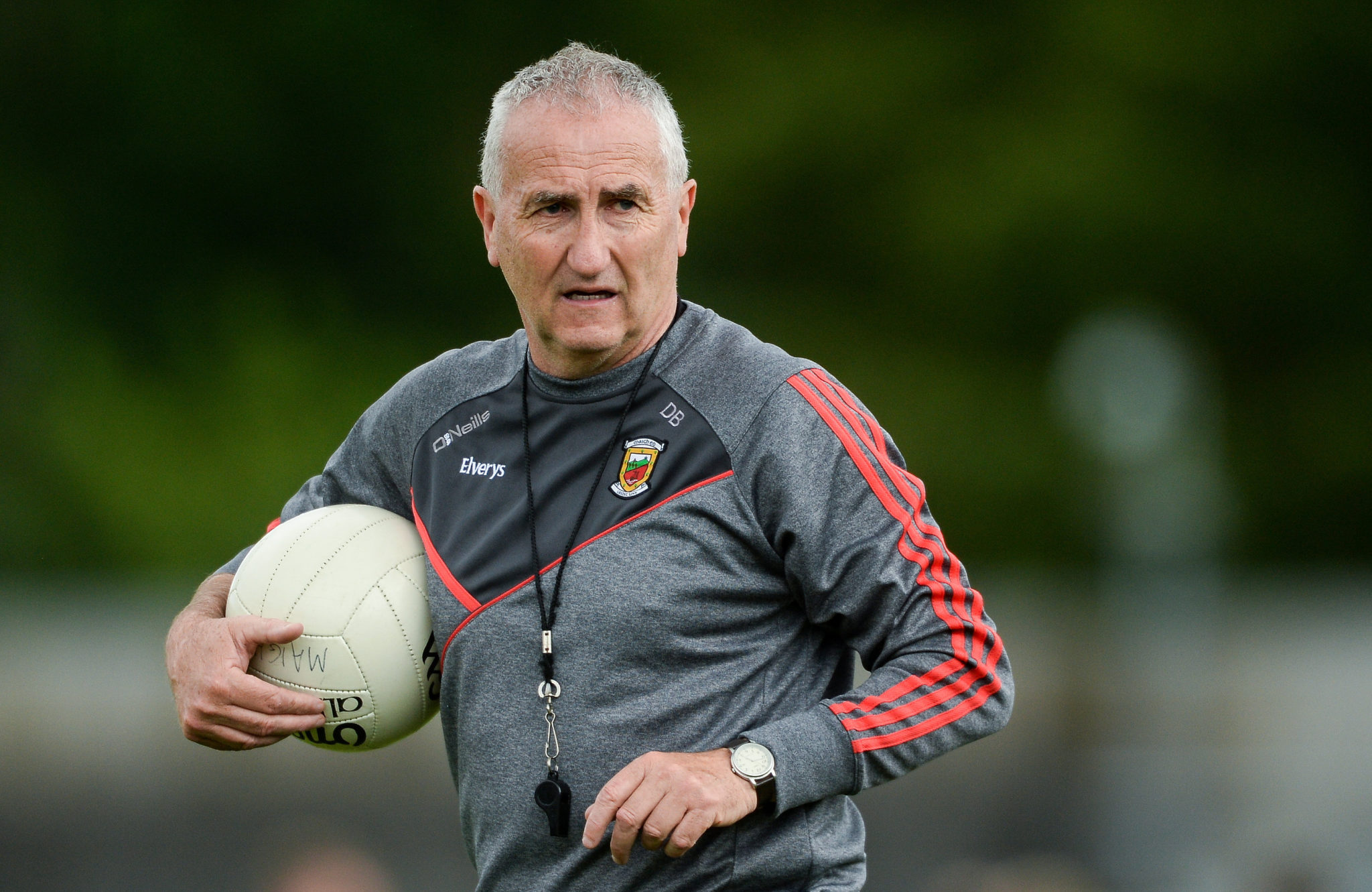 22 July 2017; Mayo selector Donie Buckley before the GAA Football All-Ireland Senior Championship Round 4A match between Cork and Mayo at Gaelic Grounds in Co. Limerick. Photo by Piaras Ó Mídheach/Sportsfile

A highly-rated GAA coach, the departure of Donie Buckley from the Kerry backroom team has come as a shock to many objective assessors.

Subjectively, Off The Ball's Eoin Sheahan shared his thoughts regarding what Buckley's departure may mean for Kerry's All-Ireland hopes in 2020. In O'Mahony's recollection of Buckley's influence, the Rathmore man explained why he has such an impact on players.

"When he came on board in 2011 he just broke down our tackling," recalled O'Mahony. "He started things off then in a basic way.

"From what you are doing with your feet, he's all about making contact with a player first before ever even thinking about the ball. You would stand him up and then learn how to strip the ball from him.

"I think his biggest thing is that when we were playing the biggest games, he'd know the all about the forward you would be marking: what foot he'd want to kick with, the runs he'd want to make, how they wouldn't like to be marked.

"When you're going into the game then you have that confidence and that was very beneficial to me."

Such was the influence and allure of Donie Buckley's insights, Aidan O'Mahony found himself leaning on the coach's knowledge even after his first departure from the Kerry backroom team in 2011.

"I remember even when he wasn't involved," admitted O'Mahony, "I would ring him up to ask about certain forwards and how to mark them.

"He has a great love for the game and is a very interesting character to speak with."

You can watch back Aidan O'Mahony's interview in full right here.