The entire Donegal senior football squad has been forced to go into self-isolation as one of their team members tested positive for COVID-19.

As the club championship is slowly drawing to a close, there has been excitement around the country about the prospect of a return to inter-county training, which was due to get underway on Monday.

Prior to the return, all of the squad were tested for the virus and one of the tests returned a positive result.

Unfortunately, this derails Donegal's plans ahead of this year's unique inter-county championship. 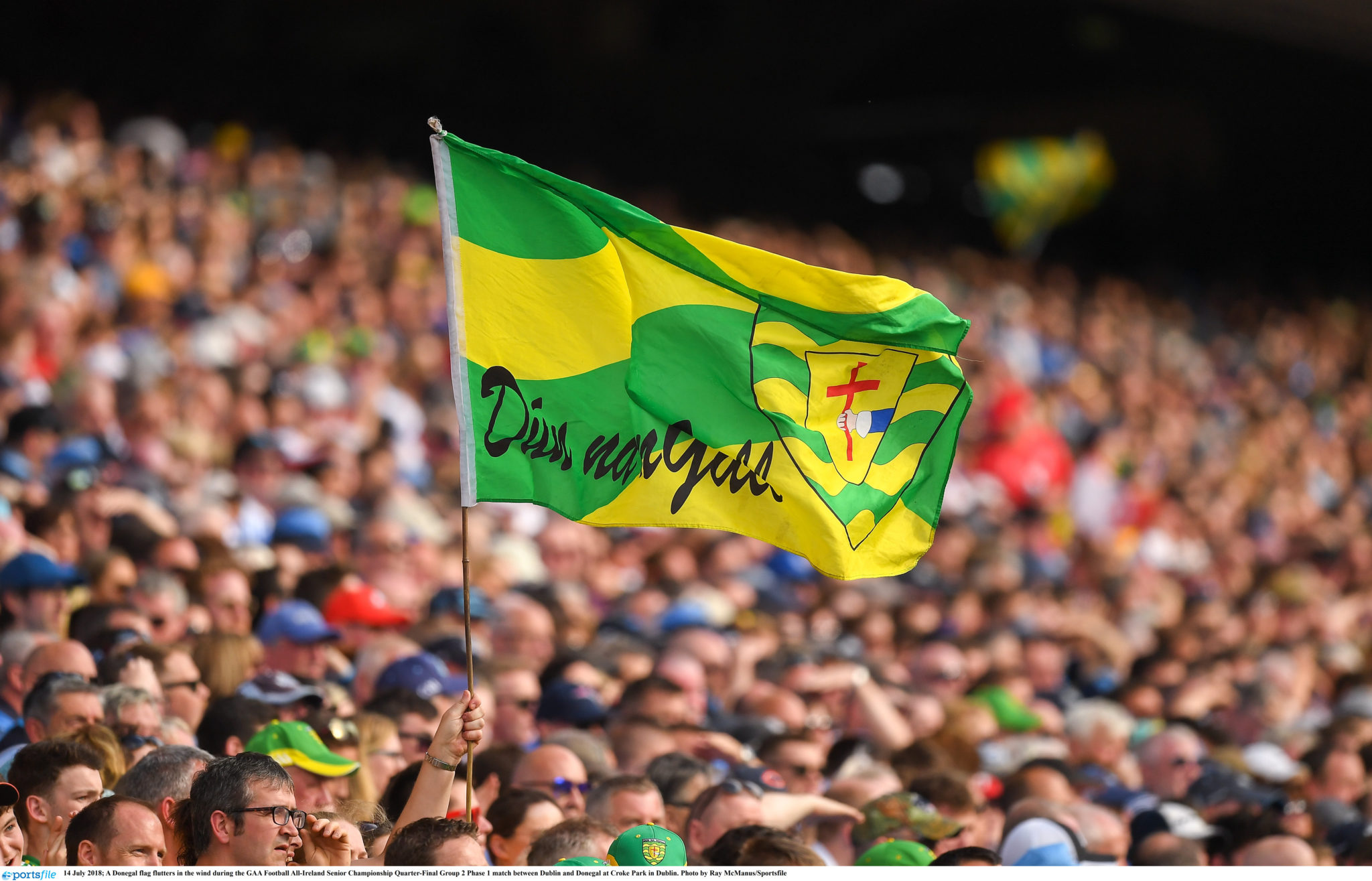 14 July 2018; A Donegal flag flutters in the wind during the GAA Football All-Ireland Senior Championship Quarter-Final Group 2 Phase 1 match between Dublin and Donegal at Croke Park in Dublin. Photo by Ray McManus/Sportsfile

In a statement released on their website, Donegal GAA described the current situation as "difficult and trying times."

"After a long hiatus, and in line with GAA guidelines, the Donegal Senior squad returned to collective training this week. All of the squad were tested for Covid-19 and one of the squad has had a positive result," the statement read.

"These are difficult and trying times for all in the GAA and the wider community. CLG Dhún na nGall urge all club members, particularly players at all age levels, to adhere to the guidelines which have been set out and can be found on the Wellness tab on our website."

Donegal will host Tyrone in their first game in this year's Ulster Championship in Ballybofey. That game is due to take place on November 1st. Should they win that game, Donegal would face the winner of Derry and Armagh who clash on the same day at Celtic Park.

The county is currently experiencing a rise in cases and leading official in the HSE for the Northwest region, Dr Anthony Breslin, has asked people to continue to dedicate themselves to social distancing measures to ensure the trend does not worsen.

As a precaution, the county board postponed the Senior B and Intermediate B club championships.

REPORTS: Only senior inter-county can proceed in Level 5, not underage