Cork footballer Doireann O'Sullivan has shed light on the expenses issues players are having to deal with.

The All-Ireland winner was part of our panel for our Cork Roadshow at St Finbarr's in association with Super Valu.

Earlier this week, Kerry legend Kieran Donaghy who was also part of that panel, had expressed his shock at the situation on OTB AM.

O'Sullivan shared her own experience of the lack of cover of expenses like mileage.

"I know it's an amateur sport and no-one expects to get paid for it. We're doing it for the love of it.

"But I don't think you should be out of pocket for it either." 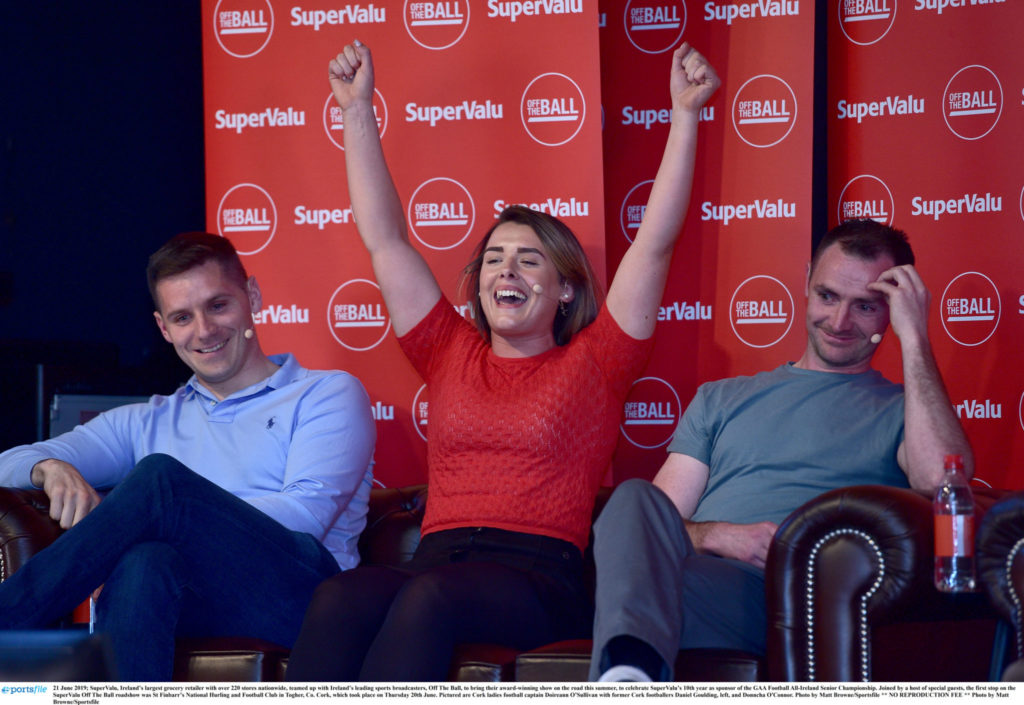 Doireann O'Sullivan drew cheers as she talked about her club's tumultuous and long road to glory. Photo by Matt Browne/Sportsfile

O'Sullivan feels Ladies Football has come a long way in other areas. But the expenses issue is one that still requires scrutiny.

"When I started back in 2012, getting a hot shower after a match, you were doing well like. We have come a long way," she said.

"So hopefully [it changes]. We have to stay positive and I think we are going in the right direction. We have made huge leaps and bounds, the likes of Super Valu getting behind us and supporting us.

"So we are narrowing that gap between male and female equality in sport."

"As you said, you don't want to get paid and mileage isn't paying for players really. It's just making up for money spent."

He also added that, "at the very least, everybody should be getting mileage for training".

And O'Sullivan shared an example of one of her Cork team-mates.

"We've a lot of students in college. Melissa Duggan, she was player of the match on Sunday in the Munster Final. She comes down from Dublin three nights a week at her own cost," said O'Sullivan by way of example.

"To me, that's not right. As I said, it seems like we're always giving out but until we close that gap, I don't think we'll be content."

The panel also previewed Cork vs Kerry's Munster Football Final. Daniel Goulding, Donnacha O'Connor, and Niall Cahalane joined Donaghy and O'Sullivan for that which you can watch above. We also discussed Cork football and hurling with some Rebel legends which we'll stream on Saturday, June 22nd.

“He was ultra-competitive" - Conor Counihan on the late Kieran O'Connor