Former Dublin footballer Diarmuid Connolly reflected on what motivated him to step away from the ...

Former Dublin footballer Diarmuid Connolly reflected on what motivated him to step away from the inter-county game ahead of the 2018 All-Ireland Senior Football Championship.

The year after Jim Gavin's Dublin won a third successive All-Ireland Final, Diarmuid Connolly's contribution throughout the 2017 triumph had been limited.

When Dublin set out to face Westmeath in the provincial semi-final that followed, it was the first championship game whereby Gavin could not call on Connolly to be among his starting XV.

Speaking with Jonathan Courtenay on their new JC/DC Am Seó podcast, Diarmuid Connolly admitted that the extensive ban contributed to his decision that a break was needed in 2018.

"It was a lot of things," he admitted. "Certainly, the game against Carlow didn't help my mindset and it probably did influence my decision a small bit.

"I remember coming back the following season and I was just demotivated... and it wasn't that I didn't want to be there but I just wasn't the same person there around the guys.

"When I was training I wasn't putting it in like I used to, I wasn't doing my extra bits and all that sort of stuff." 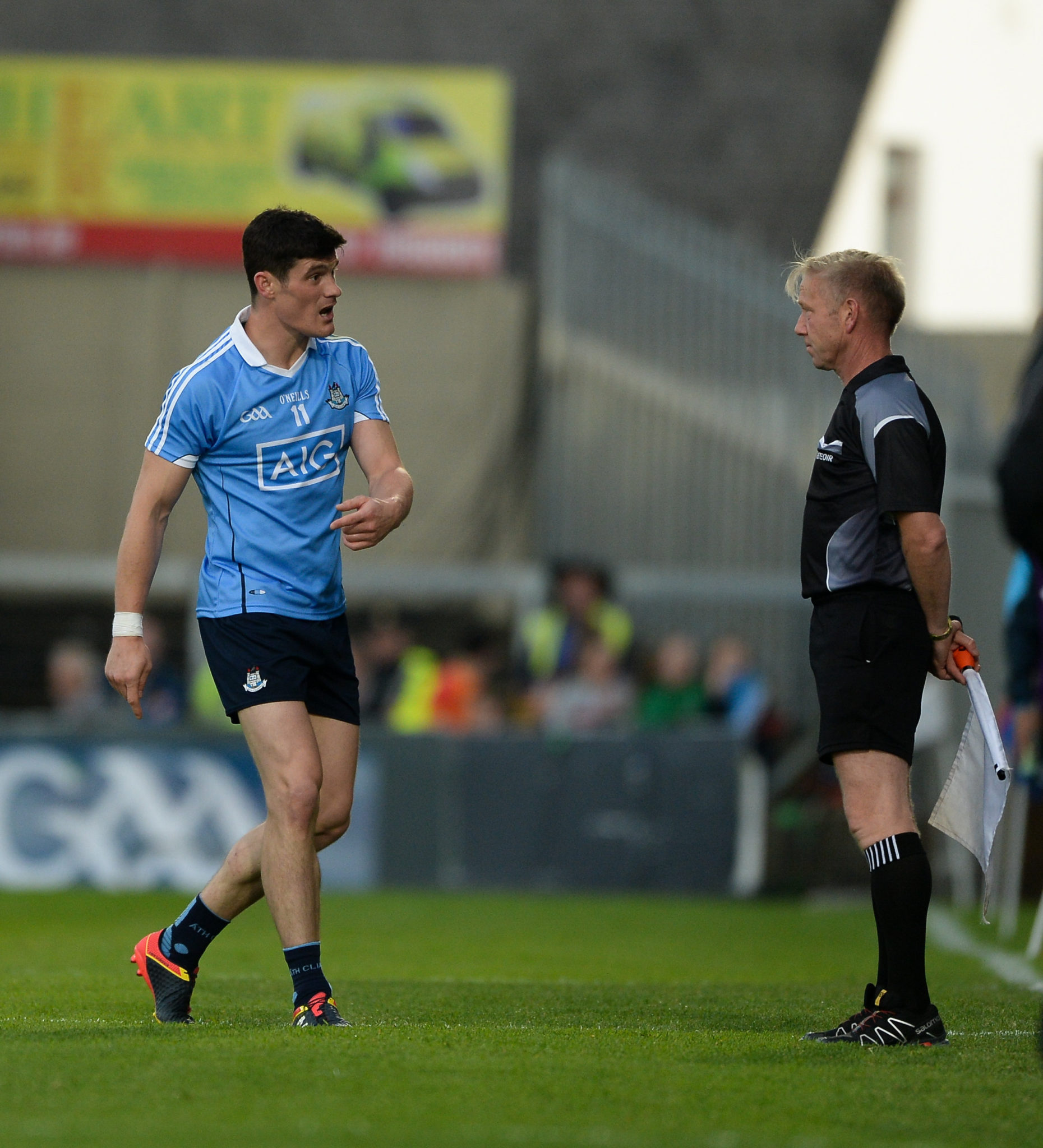 Instrumental in Dublin's transformation under Pat Gilroy and the subsequent success that came under Gavin, Connolly recalled speaking about his changed outlook and how he could address it.

"I actually had a great chat with my girlfriend at the time," he explained. "My motivation wasn't there anymore and if I'm not wholly in it I'm going take something away from somebody else."

Although it had been his intention to temporarily step away from the inter-county game and focus solely on his club commitments, when the opportunity to travel to the USA and spend a summer playing there emerged he opted to take it.

Recalling his enjoyment at getting to spend a summer travelling without much concern for the demands of the inter-county game, Connolly recommended it to any aspiring GAA players.

"It was one of the best things I did and I would definitely tell any young kid coming out of college to do your J1 and definitely go over and experience something like that," he stressed. "It was something I missed out on and thankfully I did it before the end of my career."

Amid much speculation, Connolly did then return to the inter-county set-up for the 2019 championship.

"When I did come back then I had a small bit of a different perspective," he admitted. "I wasn't the #1 guy anymore, but I still had to train like I was the #1 guy.

"Taking the year out gave me a bit of a broader scope on the world and it wasn't all just about GAA football. I had to start working on other aspects of my life."