After David Gough's suitability as the referee for an All-Ireland final between Kerry and Dublin was brought into question, Willie Barrett, a former member of the Referees' Appointments Committee, reveals why such concerns are inherently misguided.

Within one hour of last weekend's second All-Ireland football semi-final drawing to a close, the Kerry GAA forum had turned its attention toward the forthcoming final with Dublin.

Cowed by the prospect of serving the 'Offaly' role in Dublin's drive for five successive All-Ireland wins, by quarter-past six on Sunday evening thoughts had already turned toward the match referee.

"Gough is the favorite to get this and he badly wants it," noted the aptly named 'Kerryguy', "however, I don’t think it right that he gets it."

Across the remainder of the evening and into the days ahead, his sentiments generated quite the chorus of approval.

By mid-afternoon on Monday, however, Kerry's populist case against David Gough had been afforded an illusion of authority no amount of forum dwellers could carry off alone.

"I think it's an injustice if he does get the game," argued Eamonn Fitzmaurice on the Irish Examiner's GAA podcast, "a final referee has to be a neutral referee.

"Of course when David Gough goes out to referee a match he is trying to be neutral and impartial, I am not questioning that, but it can't be fair that if you are living and working in a place, that you get to referee an All-Ireland final involving that county."

A Meath-born referee living and working in Dublin, the former Kerry manager's argument against David Gough's involvement in the All-Ireland final scarcely rested on geography alone.

Along with the fans sharing their consternation online, a high-profile error during a clash between Kerry and Dublin in the 2016 All-Ireland semi-final renders Gough forever untrustworthy in such circles.

"I don't think he has refereed a Dublin-Kerry game since," remarked Fitzgerald with the determination of one who would prefer to keep it that way. 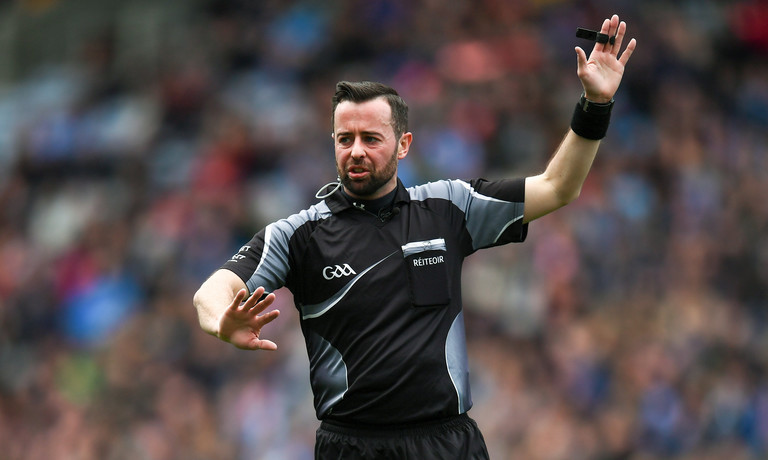 Referee David Gough during the Allianz Football League Division 1 Round 7 match between Dublin and Monaghan. Photo by Stephen McCarthy/Sportsfile.

The emotionally charged attempt at undermining David Gough's suitability for this year's All-Ireland final is no reflection on his capabilities as a match official, however.

Furthermore, such statements wrongfully hint at a perceived level of incompetence and/or malevolence within the very organisation charged with upholding the highest possible standards of refereeing.

"He wouldn't have come this far without being well qualified," outlined former inter-county referee Willie Barrett, "it is a rigorous process."

Alongside two other members selected by former GAA President Aogán Ó Fearghail, this trio were tasked with appointing referees for each and every inter-county game across Gaelic football and hurling.

It is a grueling, time-consuming commitment that requires a near constant line of communication to be kept open between committee members and their referees.

Along with frequent seminars, performance reviews and fitness tests, Barrett's experience of the organisation demonstrates the astounding care and diligence that goes into dealing with their responsibilities.

Nothing is taken lightly, and no decision is inevitable.

"There are no guarantees," he informed Off the Ball, "no referee is ever guaranteed to get an All-Ireland final eventually."

Although Willie Barrett does not dispute the notion that every referee he had the task of overseeing is desperate to play their part in an All-Ireland final, much like players themselves, participation is based entirely upon performance.

Between the three committee members, each game across the National League and Championship serves as an opportunity for a referee to enhance or damage their reputation.

A cumulative process whereby a series of strong performances will put a referee into prime contention for the championship's decisive fixtures, it ensures a strikingly democratic system.

In accordance with such protocol, it is not surprising then that Maurice Deegan, David Coldrick, Joe McQuillan and Gough himself featured repeatedly across the three years' worth of All-Ireland semi-finals and finals that Barrett and his fellow members oversaw.

The outstanding performers, they were rewarded in kind. 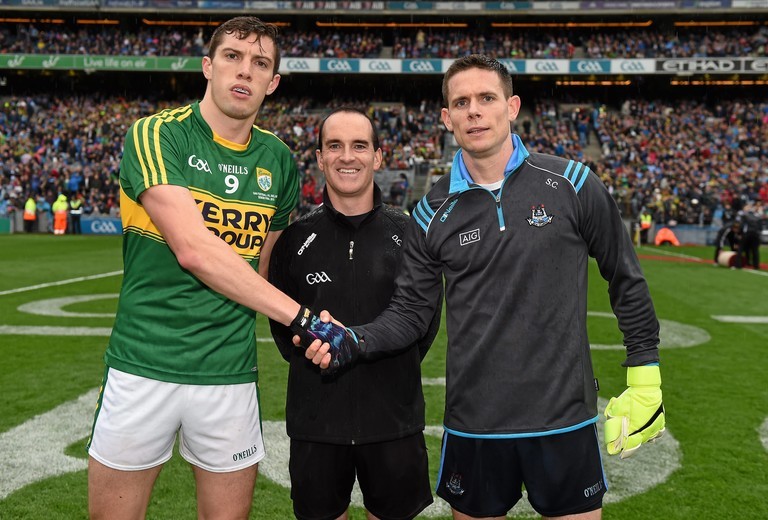 Overwhelmingly, the Referees' Appointment Committee adheres to principles the like of which they expect their match officials to uphold.

Decisions are made on the basis of what is right and proper, there and then.

Given the committee's ruthlessness in their assessment of referees, one is left in no doubt that David Gough's costly error in 2016 worked against his favour.

However, the rigours of such a system should leave fans in no doubt that were he appointed to the forthcoming final three-years on, it would most certainly signal that the work he has done over the intervening period has compensated for such a low point.

Although Willie Barrett has since taken up the role as chairman of the National Referees' Development Committee, he is adamant that no amount of external pressure will inform the committee's decision on who will oversee what may be an historic final.

"It won't be paid any heed," he suggested, aware of the detailed analysis that ultimately preempts any selection.

Likening his former role to that which a manager undertakes on All-Ireland final day, the primary concern was to ensure that the very best person for the job was on the pitch for such a decisive game.

Given carte blanche to act as they see fit, beyond the common sense of those involved and the odd unwritten rule, there are no actual restrictions placed upon the committee.

On account of his age, experience and the frequency with which he officiates major games in the championship calendar, it is likely that David Gough will referee one, if not a number, of All-Ireland football finals.

Should he make that breakthrough on September 1st, Kerry's fate will owe little to where David Gough calls home.