One of many inter-county Gaelic footballers in their mid-20s to opt-out for the year ahead, Conor McGraynor explained to Off the Ball why a life without his Wicklow commitments is essential for the time being.

Conor McGraynor is and probably always has been aware of his talent for playing Gaelic football.

Among the dozens of players who have departed an inter-county set-up ahead of the 2020 season, it is a truer testament of his acute judgement, perhaps, that he knew at 26 years of age that it was time to take a step back.

“Whoever develops early, lives in anticipation,” remarked the German philosopher Theodor Adorno, his mind likely on things other than Gaelic football. “Early developers fall prey to what is childish, they become immature and even silly.”

“I need to be putting my career first,” explained Conor McGraynor, a player who had developed the skills and a physique for senior football with Wicklow in his late teens, to Off the Ball. “I know that I could easily do the football too, but I don’t want to be the one always asking for special requirements, the guy who is always going training, you know?”

Much like Barry McKeon, Conor Moynagh and a number of other inter-county dropouts in their mid-20s, McGraynor is among those who, as Adorno speculated, perhaps achieved too much at too young an age, only to later discover that the numbing grind of playing for one of the ‘so called weaker counties’ can ruin the enjoyment of senior football.

For McKeon and Moynagh, success came while they were still minor footballers in unfancied counties; Longford and Cavan winning the Leinster and Ulster championships in 2010 and 2011 respectively. The evidence of McGraynor’s early excellence came by way of his Wicklow breakthrough as a 17-year-old, and his importance to a colleges team that would claim national success.

Luckily enough for Conor McGraynor, however, he has read the writing on the wall: inter-county football in the lower grades isn't necessarily for those with something to lose. 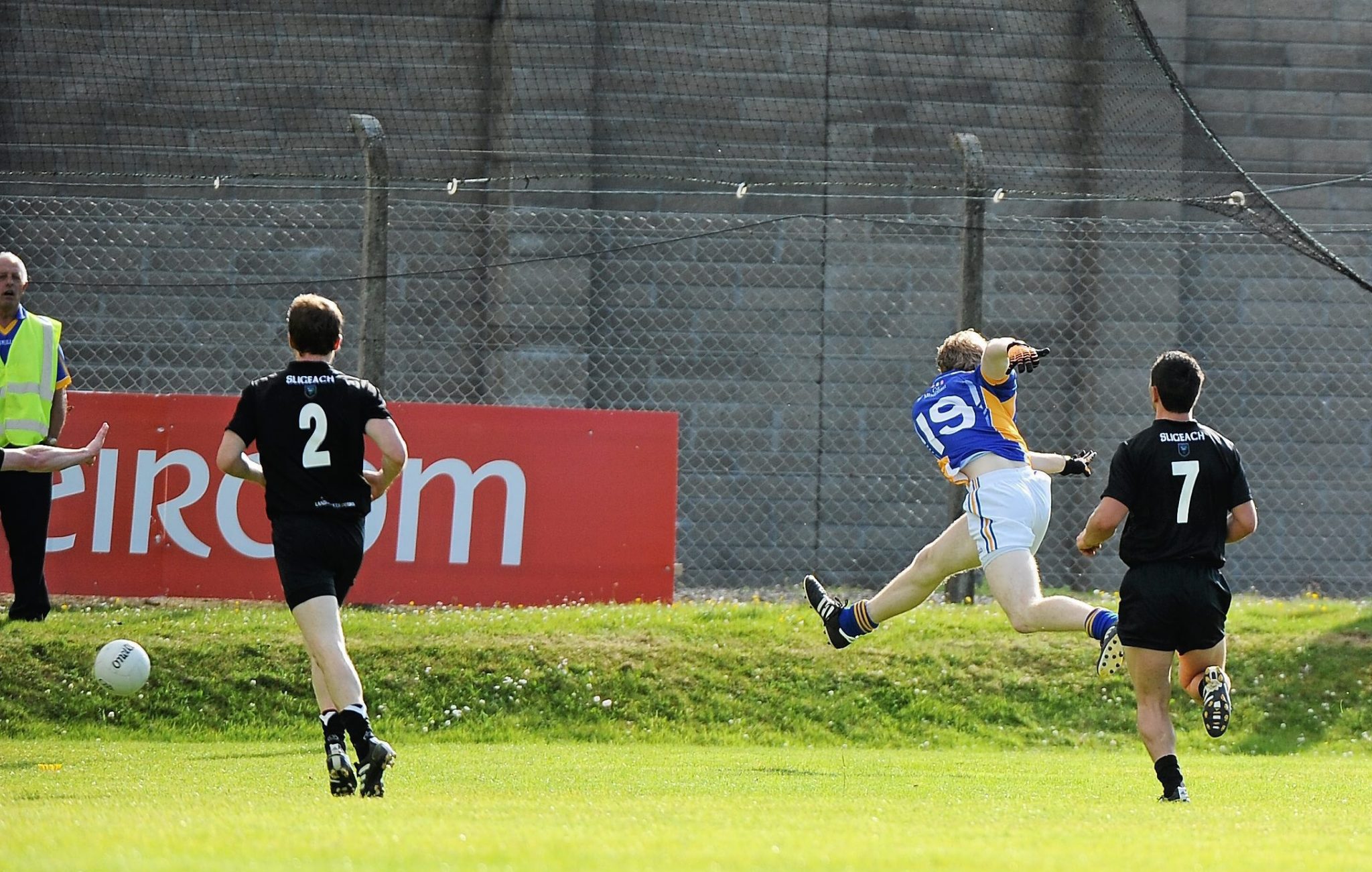 “Hello, I’m Conor and I just knocked Sligo out of the championship.”

Prior to his arrival in Dublin City University as a first-year undergraduate student, Conor McGraynor already had a handful of championship appearances to his name with the Wicklow seniors.

According to one member of Off the Ball’s staff, the 1-1 he had scored in the county’s defeat of Sligo in the summer of 2011 remained an endearing point of discussion when the pair first met at a DCU orientation day.

“Yes, that’s exactly what happened,” confirmed McGraynor of his openness regarding that Sligo performance before explaining the source of his braggadocio. “Anyone who knows me would say that I am a confident sort and would always back my ability.

“Sometimes that can get in the way, but when I was going into DCU I knew that I had to be confident going up against some of the best young footballers in the country at that time.

“If you go in there and you’re shy or don’t throw yourself about, even if I was playing championship football in the Wicklow senior team, it wouldn’t make a difference because there are so many of those Dublin or Galway minors about.”

Alongside the likes of Diarmuid O’Connor, Enda Smith, Colm Begley, Tom Flynn and a whole raft of others inter-county level players, McGraynor, at 22-years-old, contributed 0-2 as DCU won only their fourth Sigerson Cup final in 2015.

Success built on the steady progression of a team across their undergraduate – and in some case, postgraduate – cycle, for McGraynor it remains the high-point of his footballing life.

By comparison, the unmatched personal pride that comes with representing one's county at senior level has scarcely been enough to mask the disheartening reality of having to look on at the game's elite from afar. 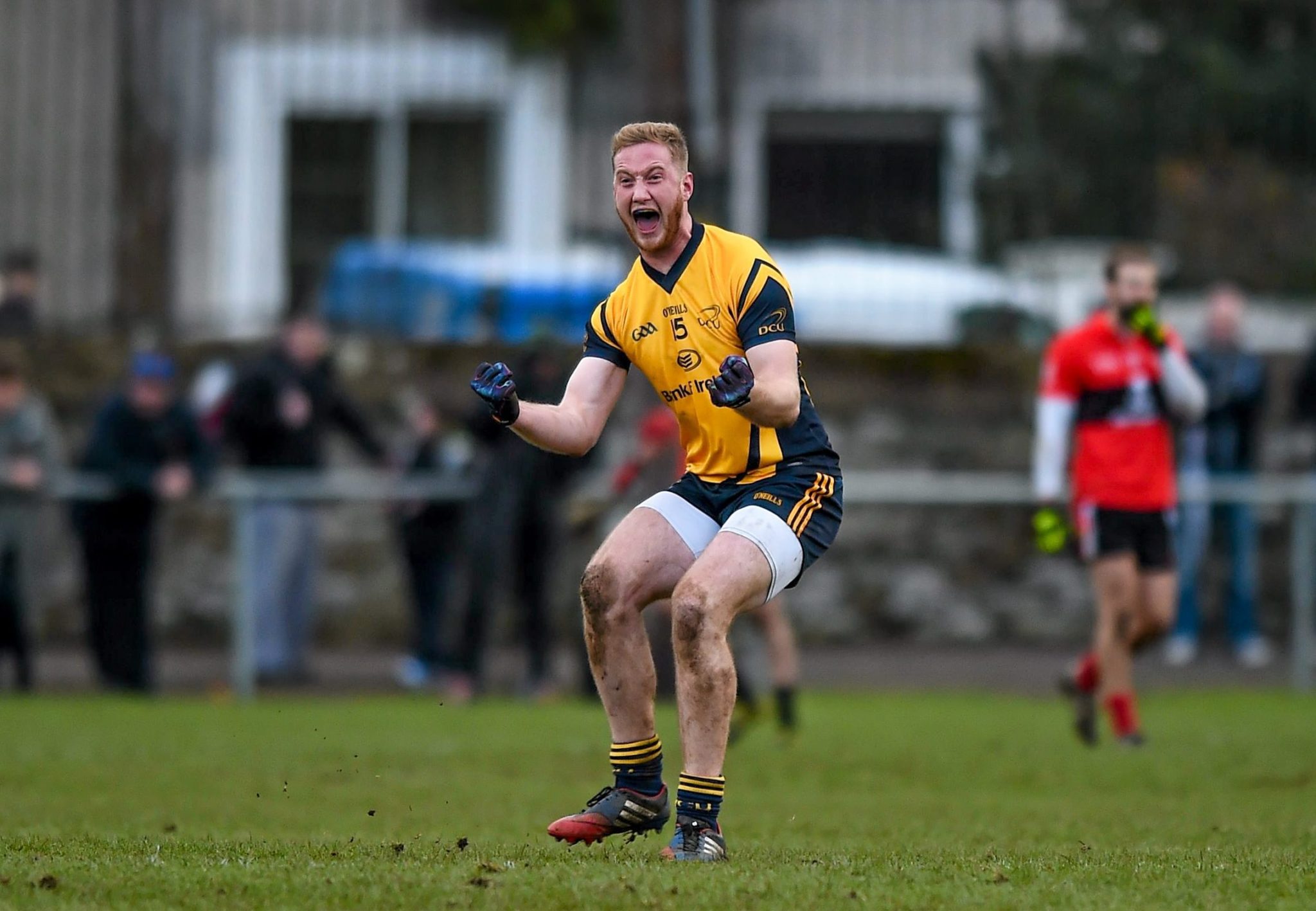 It is worth noting that Conor McGraynor, as much as he detests the structures which facilitate imbalances that leave counties like his own on a hiding to nothing year after year, adores Gaelic football.

From a family that ‘live and breathe’ the sport, four of his younger brothers have represented the county at one stage or another and his father, at 52, remains active on the Junior B scene.

Preternaturally strong and skilful, his introduction to inter-county football came under Mick O’Dywer around a decade ago. Across the 10 years since, Wicklow have had a spate of different managers and progressed no further than the second round of the All-Ireland qualifiers.

Although McGraynor considers himself to have never really secured a starting place in the Wicklow team for any meaningful period, he points to the relentless churn of personnel – on and off the field – as a contributing factor of Wicklow’s unhappy stasis in championship football.

Without any stability or plans for succession within the county, Wicklow, like any number of counties across the country, have been committing the same errors again and again.

“You’re always trying to impress a new manager,” he lamented of the situation in his native county. “Take Mickey Harte in Tyrone, he knows every player in the county I’d say.

“James Horan knows everyone in Mayo. He knows that Aidan O’Shea can get fit in three weeks, or that Diarmuid O’Connor is just constantly fit, so, he can give these lads time off and manage their loads.

“Jim Gavin knew everyone in Dublin and when he left Dessie Farrell comes in, and he also knows practically everyone in the county. You have the likes of Paul Clarke in there too and he knows all the ins and outs.

“So the Dublin lads can head off to Bali then and have down-time with their families, girlfriends or whatever, knowing that they have some time off because the management are already on top of each player’s plan for the year.

“Yes, a smaller county like Carlow has been able to generate success recently but again, how long has Turlough O’Brien been there now? For most of us, every year is a fresh cycle and it is almost like you’re in on trial again every two or three years.

As Conor McGraynor has come to recognise across his time in senior football with Wicklow, the short-term lifespan of managers ultimately results in players having to constantly prove themselves anew. Nevertheless, even this is but a symptom of the wider inequality that leaves counties like his own punching upwards without hope of landing a clean shot.

“Wicklow has all the professionalism of bigger counties,” he argued, “and along with other counties in Division 4 they will be training as hard, if not harder.

“But Wicklow could make serious advances and have say five people in the backroom team overseeing things. Dublin, Kerry or Mayo will just go and double or treble that again.

“My decision to leave has nothing to do with being in Division 4 or this new Tier 2, it is just that this has become a professional sport, and we’re not treated like professionals down here.

“A lot of the articles and interviews you read with players in the top tiers and they’ll be giving out about the same thing. Rightly so, but at least they’re treated like professionals. 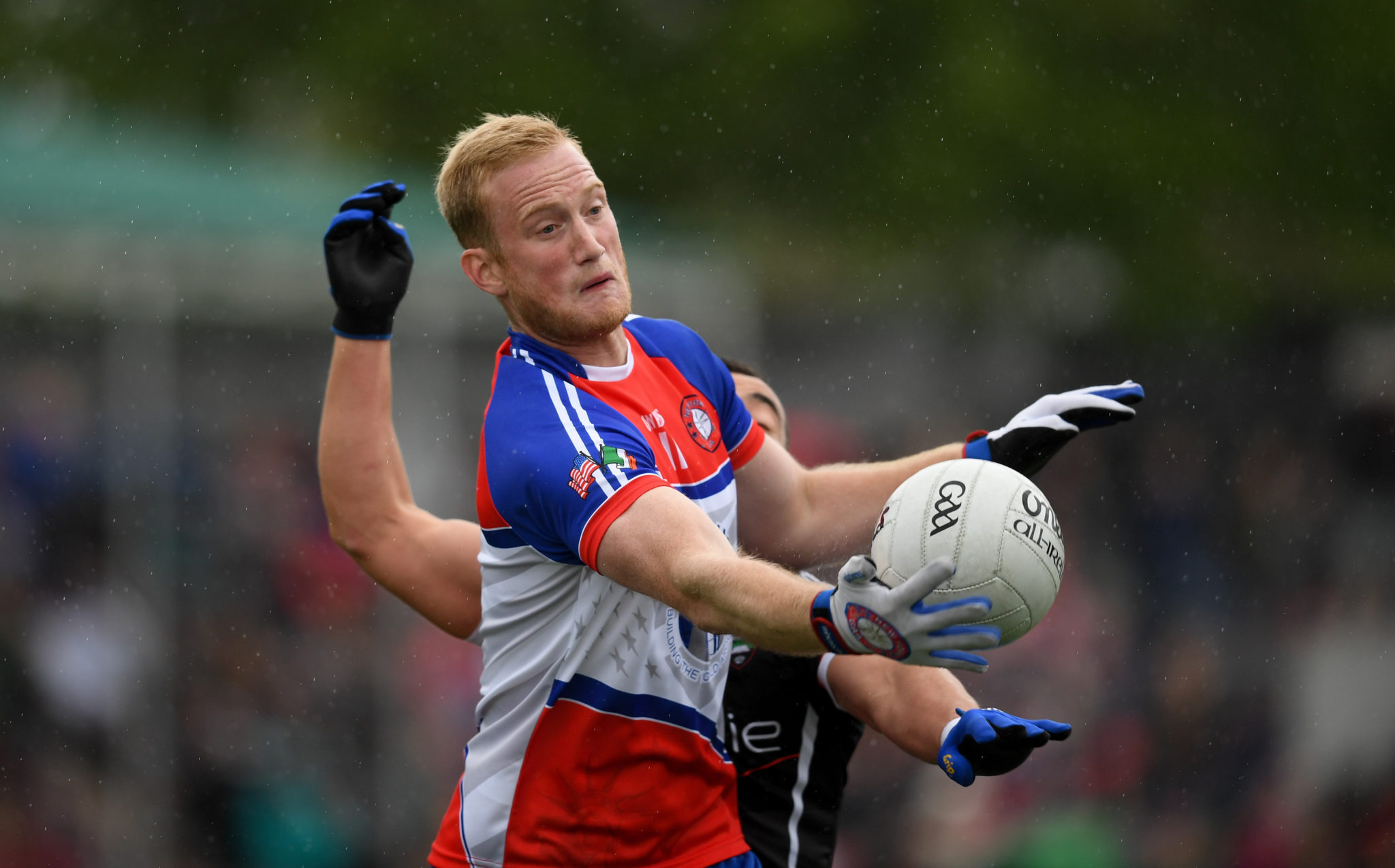 7 May 2017; Conor McGraynor in action for New York against Neil Ewing of Sligo. Photo by Stephen McCarthy/Sportsfile

For all this negativity, Conor McGraynor is hopeful that by the end of 2020 he will find himself in a position whereby a return to the inter-county scene is feasible - not that he is taking anything for granted.

An inescapable passion for his local place, combined with the desire to spread his sense of self-confidence across the Wicklow panel and their fans, means he is unlikely to walk away for good.

What shape the footballing landscape will have taken on when he potentially returns is another matter, however.

“Everyone wants to play for the Sam Maguire Cup,” he stated in opposition to the new tiered championship structure. “Counties wants to get up to that level.”

Unconvinced by the notion that those marooned in the second tier will be treated as anything close to equals by the media or indeed their counterparts in the top tier, McGraynor foresees a situation where the divisional football championship takes on the crushing disparity of the hurling alternative.

“You don’t feel like you’re on the same level now,” he remarked of how it feels to be a Wicklow footballer theoretically competing with the elite counties. “Like, the top guys wouldn’t ever know who you had been playing at the weekend or what’s going on in Division 3 or 4.

“They wouldn’t even really know if you were in with the county panel or not because, well, how would they know unless you told them? You do end up feeling lesser than those guys.

“There is no quick fix to that, but this Tier 2 is very disheartening. It doesn’t matter about the media really because nobody plays football for that, but you do feel that the gulf in class and interest will develop like it is in the hurling.

“You end up then just waiting and hoping for a fairy-tale story to happen every year like Laois beating Dublin last year in the hurling, and no disrespect to Laois because it was a massive achievement, but I don’t want that to come into football.”

In one regard, Conor McGraynor's determination that his county and those of a similar standing should not be treated as second-rate teams with, one is left to conclude, second-rate players is admirable. Yet, shy of doing nothing or taking a chance on something completely revolutionary, how is the GAA to address the growing disparity if not with a tiered championship?

"Early developers are stricken by passion," wrote Adorno with an unknowing nod to McGraynor and the early successes that have shaped his boundless ambition.

Yet, where the German goes on to describe the progressive madness of the early maturer who ends up 'reeling helplessly where they once built castles in the air,' Conor McGraynor, removed now from the inter-county scene, will hopefully find the routines of normal people sufficiently enticing to hold him at bay for the time being.