Newly appointed Kerry captain David Clifford should be ready to be personally targeted by every county he comes up against, according to Kieran Donaghy.

The four-time All-Ireland winner with Kerry joined Monday's Off The Ball to review the Kingdom's draw with All-Ireland champions Dublin and noted that Clifford's starring performance will have alerted defences across the league.

"I think he will be targeted by every team going forward because he's that good," Donaghy said of the 21-year-old.

With Kerry trailing 1-18 to 1-19 and seconds left, Clifford took the last kick of the game free to level the scores and earn his side the draw.

As Dean Rock shook his hand to congratulate him, a hoard of Dublin players arrived to hassle him expecting play to resume. A tussle with Niall Scully, John Small and others ensued resulting in Clifford having his jersey ripped from his chest.

"I thought he handled that very well the last day," Donaghy said praising Clifford's maturity in the resulting melee.

"Dean Rock showed a nice touch [by shaking his hand] but obviously other guys in the team didn't want to buy into that. He handled it very well, he was smiling walking away from all the hassle as it's all going on behind him." 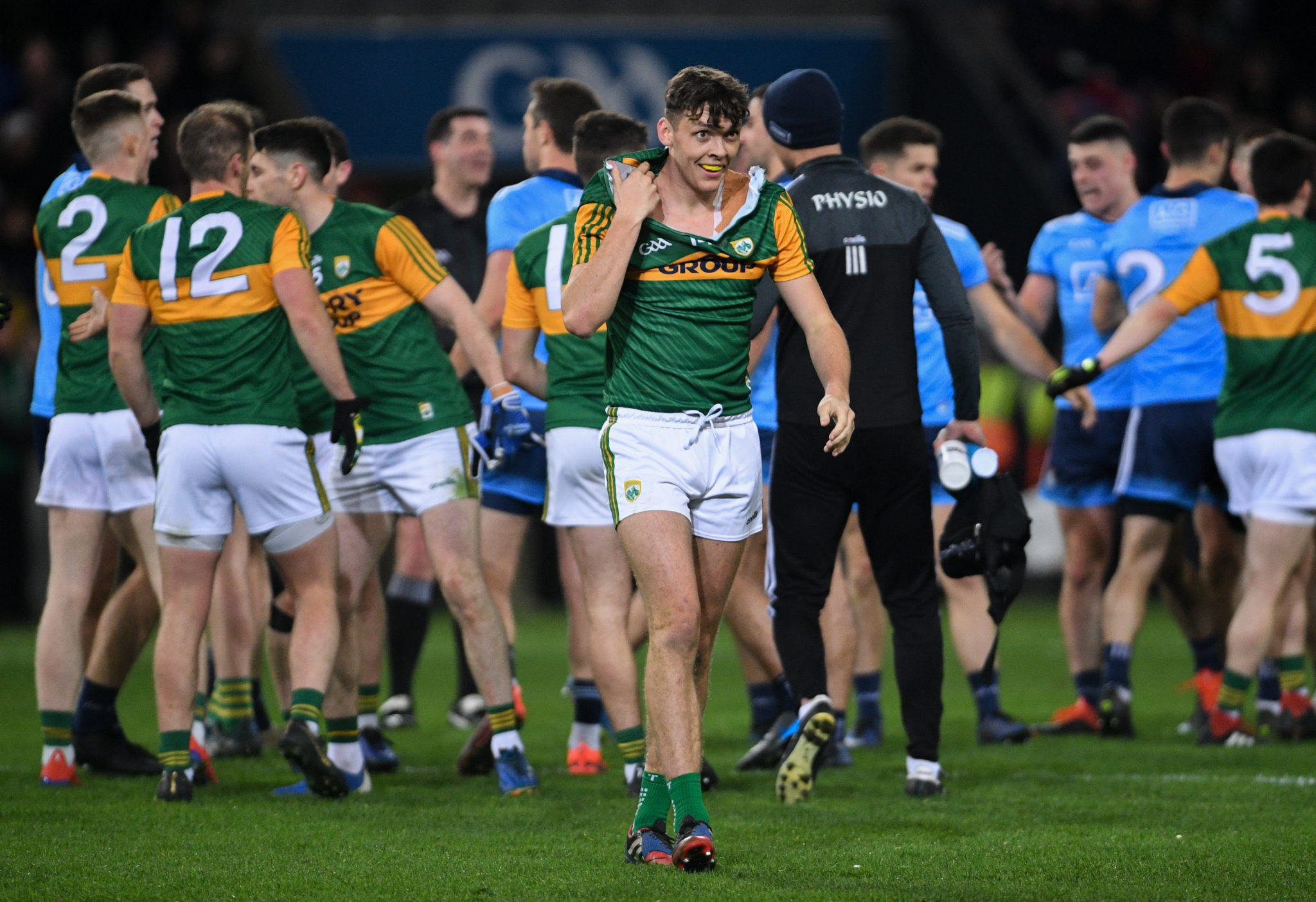 25 January 2020; David Clifford of Kerry leaves the pitch following a tussle at the final whistle of the Allianz Football League Division 1 Round 1 match between Dublin and Kerry at Croke Park in Dublin. Photo by Ramsey Cardy/Sportsfile

Achieving a personal total of 1-3, Donaghy again stated his belief that the weight of captaincy won't have the effect of phasing the cool head on young shoulders.

"There will be no bother with that fella," Donaghy repeated. "That last kick when Seanie O'Shea is taking all the frees and all of a sudden it comes on to you and the week that was in it: being named captain, his birthday was the Wednesday before, there were three or four Dubs encroaching on his kick to put him off.

"There was a guy trying him from behind that I think Micheál Burns was trying to keep out of there. And he boomed it over the bar. He could have kicked it from 50 yards it would have gone over.

"I just thought that was great resolve by him, for a guy who had already had a fantastic game. The human in him would have been thinking: 'I've had a great game but if I miss this it's all that's going to be talked about, the captaincy will come up, could I hack the pressure?'

"So I'm sure all those things are going through his mind if he's normal but then maybe again he's not normal.

"Maybe he's just that special bit above everybody else; where he's saying give me the ball I'll bam this over and show everybody why I'm going to be a great captain for Kerry going forward."

Kieran Donaghy | Umpires' roles need to be reviewed by GAA

Are the GAA's umpires fit for purpose? | Clifford's red to serve as tipping point