While uncertainty surrounds Cathal McShane's potential crossover to the Australian Football League, Tadhg Kennelly, an All-Ireland winner with Kerry and currently a coach with the AFL's Sydney Swans, expects the All-Star winning forward to be available for Tyrone in 2020.

It may come as little solace to Mickey Harte in the long-term, but it would appear that Cathal McShane's immediate future will see him remain available for Tyrone selection in 2020.

After it was confirmed on Monday that McShane would be training with the AFL's Adelaide Crows during their pre-season schedule, the general assumption was that any move to Australia would occur immediately thereafter.

Yet, as Tadhg Kennelly clarified in conversation with OTB AM, it is likely that Cathal McShane will play for Tyrone in 2020, whatever comes of his limited time with the Crows.

"The AFL's final playing list has been lodged for the 2020 season so he can't play this year," noted the current Sydney Swans assistant coach. "He'll be playing with Tyrone in the championship this year.

"He can come out in July if he did get selected in the mid-season draft but that is highly unlikely for an international player.

"Generally, the mid-season draft in the AFL is for a club that has had a number of injuries in a position where they then go to a lower league and pick up a player to put straight on their list.

"So, [McShane] can't play this season. He'll be playing for Tyrone." 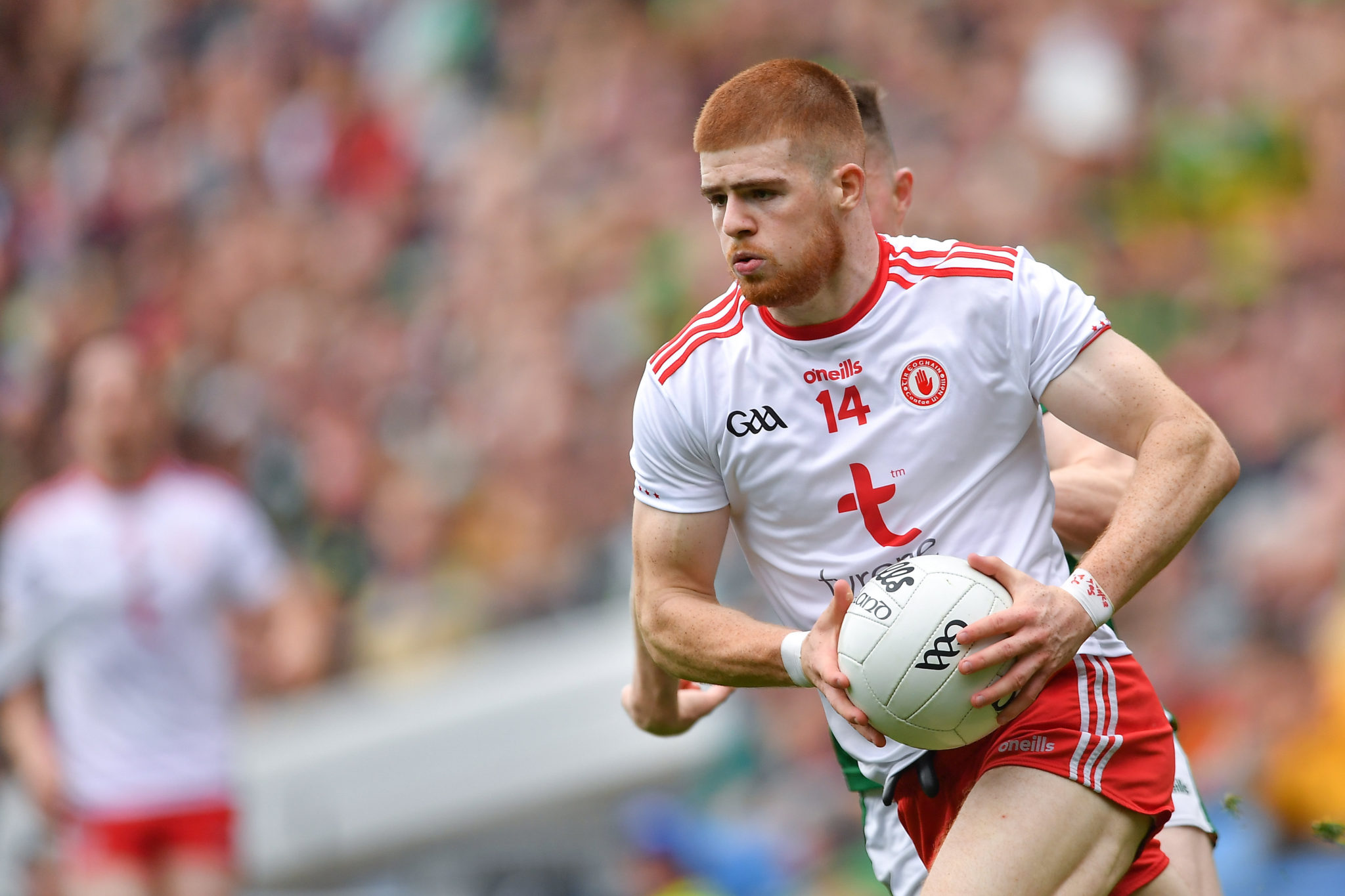 Despite initial reports linking McShane to the Brisbane Lions, the Crows general manager Justin Reid confirmed on the club's website that the Tyrone forward would be joining their pre-season training.

"He has the physical attributes, coming in at a touch over 190 centimetres," added Reid. "He's also strong in the air and can kick on both feet.

"Once he lands in Adelaide, it’ll provide the opportunity to understand more about our club, our philosophies and what our program looks like."

This is all Cathal McShane is likely to do in Australia for the best part of 2020, however.

"They'll probably offer him a contract if they're happy with how it went and send him back home to continue his year," reasoned Kennelly. "They'd more than likely attempt to get him back out during the year when it suited his fixtures and then sign him in early October, November as an international rookie."

The importance of this designation largely informs why McShane is unlikely to travel before later in the year.

"If he's not on the [playing] list and he played for a lower-tiered team he wouldn't qualify as an international rookie which means he'd have to go into the draft next year," explained Kennelly. "So, he can't play AFL this year unless he got into the mid-season draft, which is highly unlikely."

Tadhg Kennelly, who left Kerry to pursue a career in the AFL as an 18-year-old in 1999 and became the first Irishman to win a Premiership medal with the Sydney Swans in 2005, briefly returned from this successful stint down under to win an All-Ireland title with Kerry in 2009.

Returning thereafter to play a further two seasons in Australia, Kennelly remains the only player to have won national titles in both the AFL and GAA.