After making his decision to remain with Tyrone in 2020 and beyond, Cathal McShane spoke on Tuesd...

After making his decision to remain with Tyrone in 2020 and beyond, Cathal McShane spoke on Tuesday's OTB AM about how close he came to an AFL move and what it was about his playing style that attracted the interest of Australian clubs.

Where it had once appeared certain that Cathal McShane would be leaving Gaelic football to try his hand as a professional sportsman, the All-Star winning forward of 2019 ultimately opted to stay at home and focus his ambition squarely on Tyrone.

"It did come close," he admitted on Tuesday's OTB AM. "It came down to the last day where I had to decide.

"But I am really, really happy with my decision, and I'm happy to stay here in Ireland and in Tyrone and represent the 'Red Hands'.

"That's obviously what I dreamed of as a child. I'm so happy with my decision." 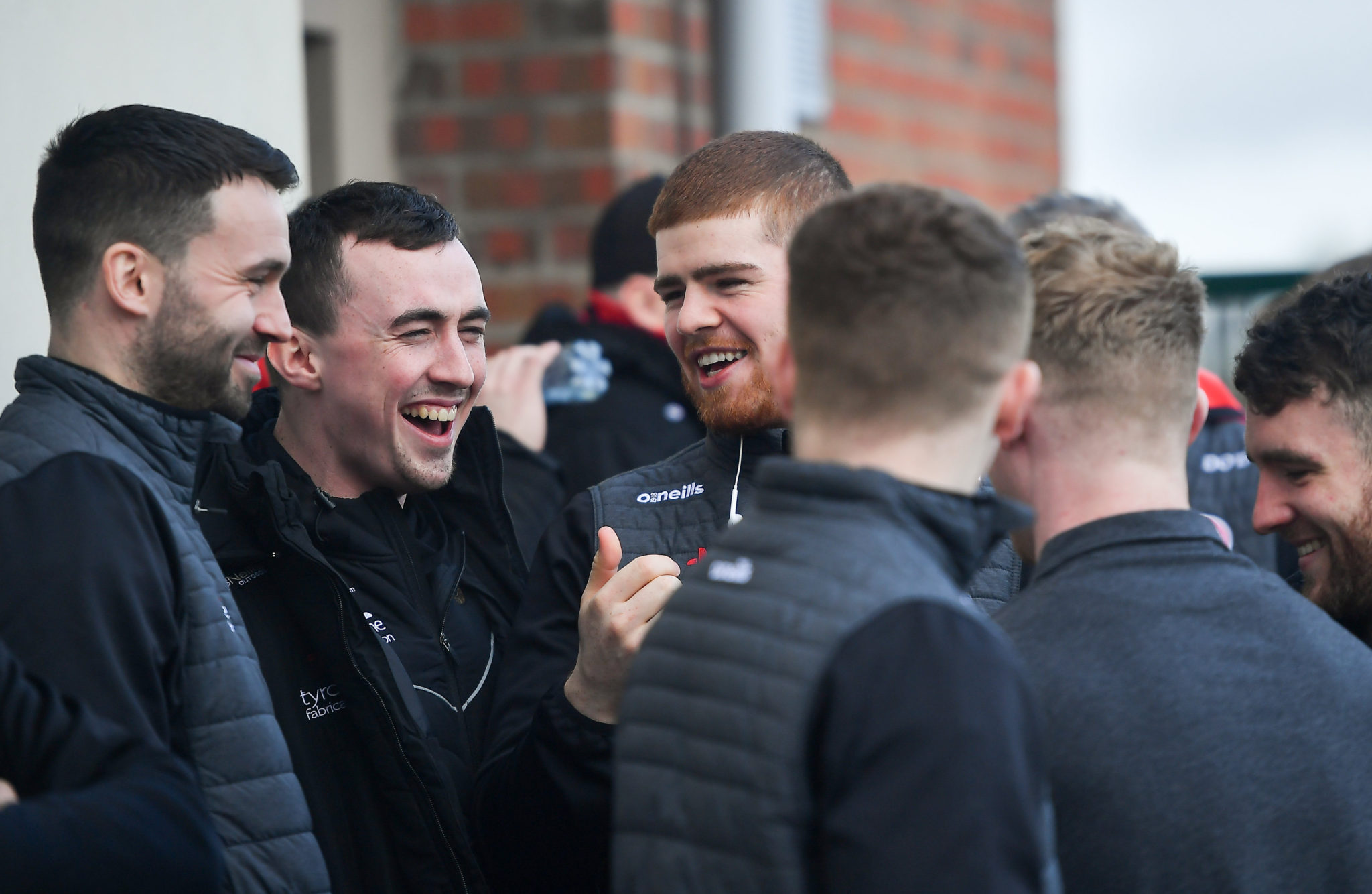 9 February 2020; Cathal McShane of Tyrone with team-mate Benny Gallen prior to the Allianz Football League Division 1 Round 3 match between Tyrone and Kerry. Photo by David Fitzgerald/Sportsfile

Made aware of the AFL interest in his services late last year, Cathal McShane, who travelled to Australia in January to partially participate in training sessions with the Adelaide Crows, was thought to constitute a near readymade player.

"No, there was no mention of a combine," he explained of the route that Irish hopefuls usually progress through on their way into the AFL, "they were happy that they'd seen what they wanted in terms of last year.

"There was talk that they were looking for an experienced forward, so I think that they thought I would fit that bill.

"But there was no mention of tests or nothing like that, just that they were basically interested, they got in touch and it went from there."

During a two-week spell Down Under where he familiarised himself with the alternative sport, McShane admitted that a shaky start with the new ball was quickly overcome as he came to terms with the game's requirements.

"I could see myself improving when I was out there," he explained, "and I did really well.

"To be honest, it was challenging but I felt that I did really well. Obviously I had to make a decision there recently, and I went with [Tyrone]." 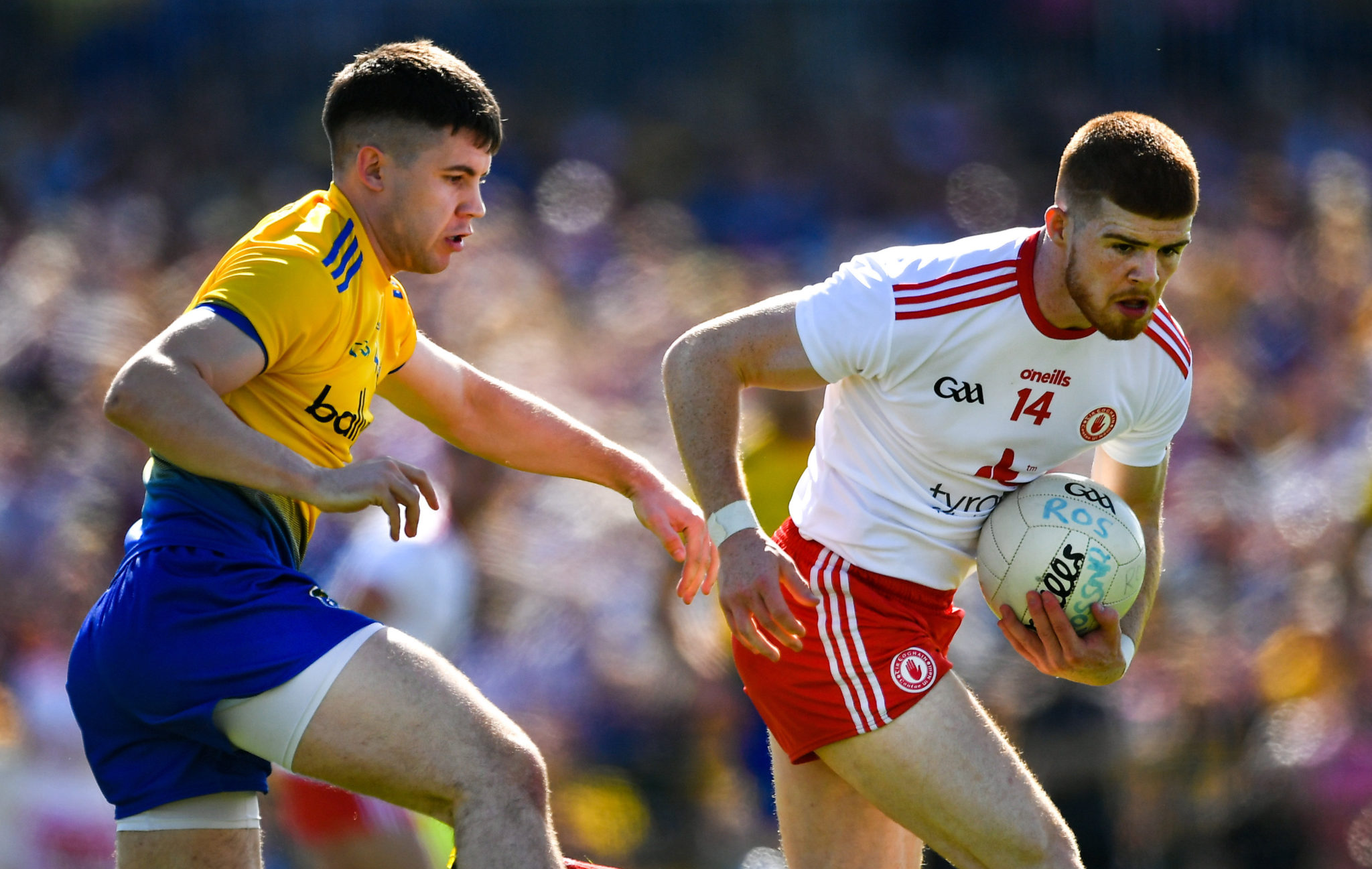 13 July 2019; Cathal McShane of Tyrone in action against Conor Daly of Roscommon. Photo by Brendan Moran/Sportsfile

Intrigued by the prospect of a professional sporting lifestyle, leaving his family and any immediate hopes of success with Tyrone ultimately swayed McShane's mind away from making an Australian move.

Although Mickey Harte, Tyrone and certain members of the GAA community who would rather not see Gaelic footballers leave Ireland for Australia will be gladdened by McShane's decision, it will nevertheless come as some concern that AFL scouts were content to take a chance on Cathal McShane based on his performances throughout last year's championship, and that he adapted to the game as quickly as he did.

As the GAA moved to introduce the advanced mark, a rule already present within the AFL, to Gaelic football this year, Kieran Donaghy was among those who feared that such a decision would only serve to make easier the job of scouts to spot Irish talent.

"I wouldn't say it makes the transition easier," the four-time All-Ireland winner remarked to Off the Ball, "but I would say that it makes the scouting of players a bit easier."

In contrast to Donaghy's fears, however, Marty Clarke, the former Down footballer who spent two different spells playing in the AFL with Collingwood, dispelled the notion that recruiters would even notice a rule change.

"It will not influence what Aussie teams are looking for," he explained to Off the Ball. "I would be shocked if the guys doing the recruiting even notice the rule change.

"What they're looking for is an athlete who can play multiple roles, particularly in the back half of the ground. The last thing they would look at unless it is glaringly poor is the skill level of a GAA lad."

For Cathal McShane, the transition appeared entirely manageable, if not one he wanted to entertain for reasons beyond what would occur on the field.