Roslea Shamrocks forward Seán Quigley won't line out for Fermanagh's senior footballers in 2020, having not featured in either of their two Dr. McKenna Cup games so far.

Erne County manager Ryan McMenamin told Enniskillen-based newspaper The Impartial Reporter that he left the squad on good terms, and would not rule out a possible return at a later stage.

"Sean is out of the panel at the minute. We discussed it before Christmas and he said he wasn't enjoying the football and he hadn't been enjoying it for a while and in this game you have to enjoy it.

"We left it on amicable terms, county football is a huge commitment and Sean has been in it for ten years and Sean probably thought that it was better for himself and the squad for him not to be there.

"Look the door is always open for Sean if he gets the hunger back." 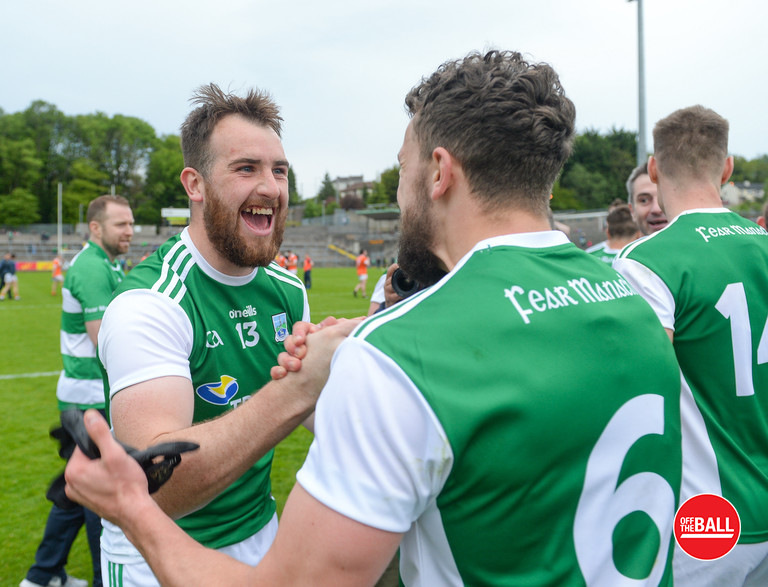 19 May 2018; Sean Quigley and James McMahon of Fermanagh celebrate after the Ulster GAA Football Senior Championship Quarter-Final match between Fermanagh and Armagh at Brewster Park in Enniskillen, Fermanagh. Photo by Oliver McVeigh/Sportsfile

Back in 2015 Quigley was the top scorer across all four divisions in the National League, and earned himself an All-Star nomination as the green and white progressed to the All-Ireland quarter-final stage.

It was there they lost out to the Dubs on a 2-23 to 2-15 scoreline, with Quigley himself hitting 1-8 of his county's total on the day at Croke Park.

Fermanagh are due to open their Allianz Leagues Division Two campaign away to Kildare in Newbridge on Sunday, January 26th.

Down are their opening opposition in the Ulster senior football championship in Enniskillen in May at the last-eight provincial stage.

Meanwhile, Fermanagh's chances of progressing in the pre-season McKenna Cup were ended yesterday after they fell to a 2-8 to 0-13 defeat to Antrim in Ahoghill.

Paddy McBride scored a brace of goals for the Saffrons, while Eoin Donnelly had performed well in the first-half for the visitors to help them into a 0-8 to 0-4 interval lead.

Quigley is the latest in a long list of inter-county stars to opt out for the coming year - among them Cathal McShane is off to Australia and will likely not feature for Tyrone this year.