Mayo GAA legend Andy Moran has jumped to the defence of his fellow county people after Frankie Dolan's broadside on Tuesday's OTB AM.

The former Roscommon star Dolan took aim at Mayo GAA and the county's supporters for what he perceived as an "arrogance" regarding their place in the GAA hierarchy.

"I think they feel that they're entitled to win Sam Maguire," he told OTB Sports in an article you can read here.

"Nobody is entitled to win Sam Maguire, you have to put in a massive, massive effort not just over a year or two but over a long period of time."

Speaking on Episode 8 of OTB's The Football Pod, Andy Moran dismissed Dolan's outlook of Mayo fans and their inter-county team.

"Arrogance to me isn't a team turning up in really good shape, maximising their potential and trying to take down the best team," he argued, adamant that Mayo's expectations are informed by hard work.

"Arrogance to me is turning up in bad shape expecting to play." 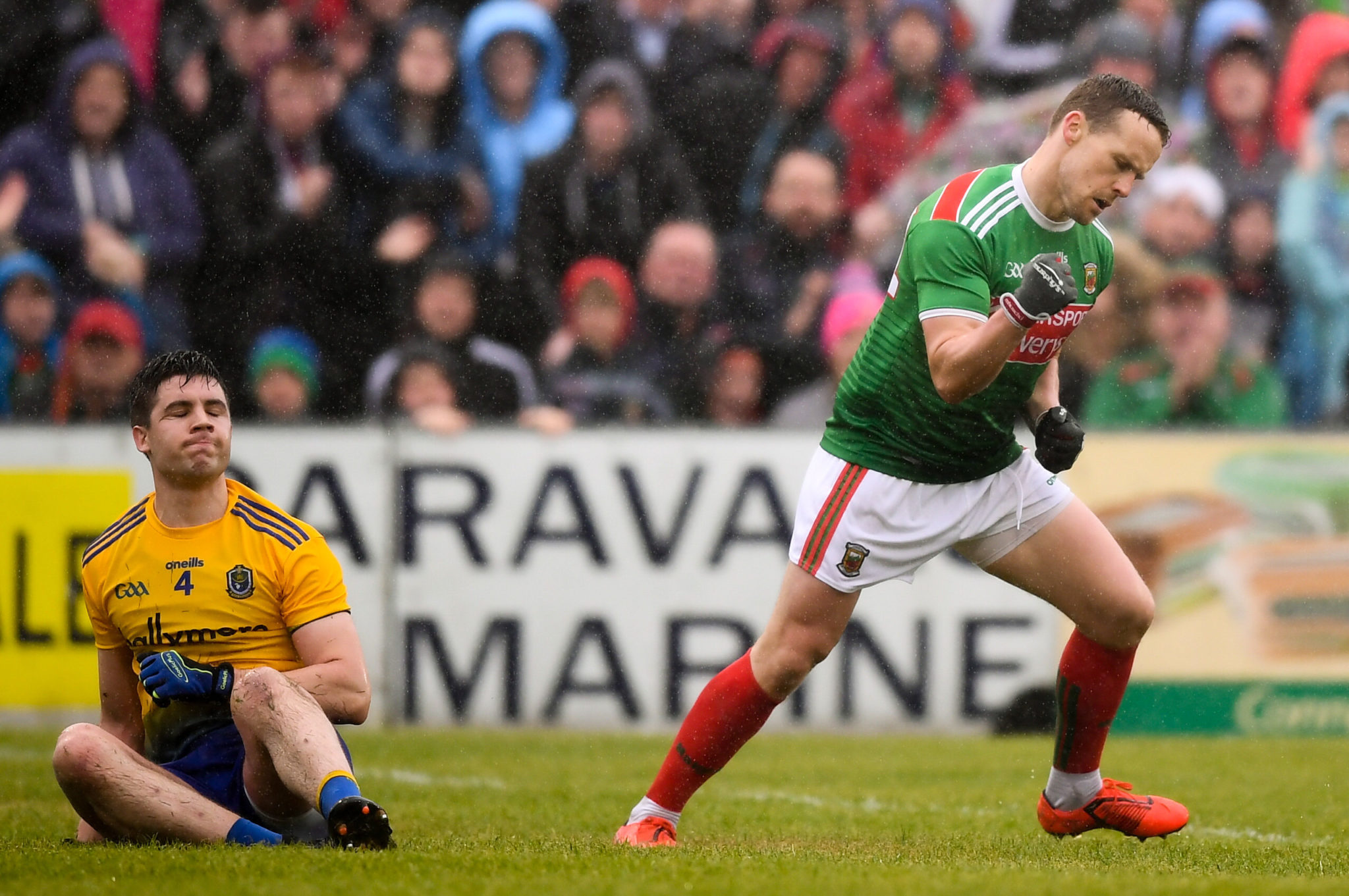 25 May 2019; Andy Moran of Mayo celebrates after scoring against Roscommon | Sportsfile

A familiar opponent on the field, Dolan's outlook of Mayo supporters appeared to owe a great deal to his sour relationship with John Maughan.

The Mayo native who had an unhappy spell in charge of Roscommon during Dolan's time as a player, Moran, much and all as he likes Maughan, does not believe he adequately represents all Mayo people.

"He painted all Mayo people with the brush of John Maughan," Moran stated. "John is a great guy, but he's a character though.

"I can see Maughan strutting into the dressing-room alright, but to base all your Mayo context on that is a bit bizarre."

Coming from the Mayo/Roscommon border town of Ballaghaderreen as Moran does, the rivalry has always been of particular importance to him.

Yet, he explained that in the wider context few Mayo people look upon their neighbours as a source of hatred as Dolan suggested.

"Outside our town, it is not the rivalry for Mayo people though," Moran explained. "The big rivalry in there is Galway.

"What surprised me most about Frankie was that he lives in Athlone! He's nowhere near Mayo. I'm just thinking, 'this is a bit bizarre.'"