Aidan O'Shea says he still holds on to the belief that Mayo can win an All-Ireland in the coming ...

Aidan O'Shea says he still holds on to the belief that Mayo can win an All-Ireland in the coming years, with Sam Maguire agonisingly eluding them in recent times.

The green and red have appeared in nine finals since winning their last All-Ireland back in 1951 - losing them all - and O'Shea told Will O'Callaghan that is something he wants to put right.

"I'm turning 30 this year, and if somebody said to me I wouldn't have an All-Ireland by now I'd be disappointed. It's something I thought would have happened by now and as a young fella growing up, but that hasn't been the case.

"We've been very consistent in terms of getting opportunities, but as we all know [we] haven't been able to get over the line.

O'Shea also spoke about his NFL Combine experience on AIB's The Toughest Trade, and says he didn't need much persuading to sign up and give American Football a go.

"There wasn't a huge amount of convincing from my end! I look back on it with fond memories and was delighted I got asked to do the show. 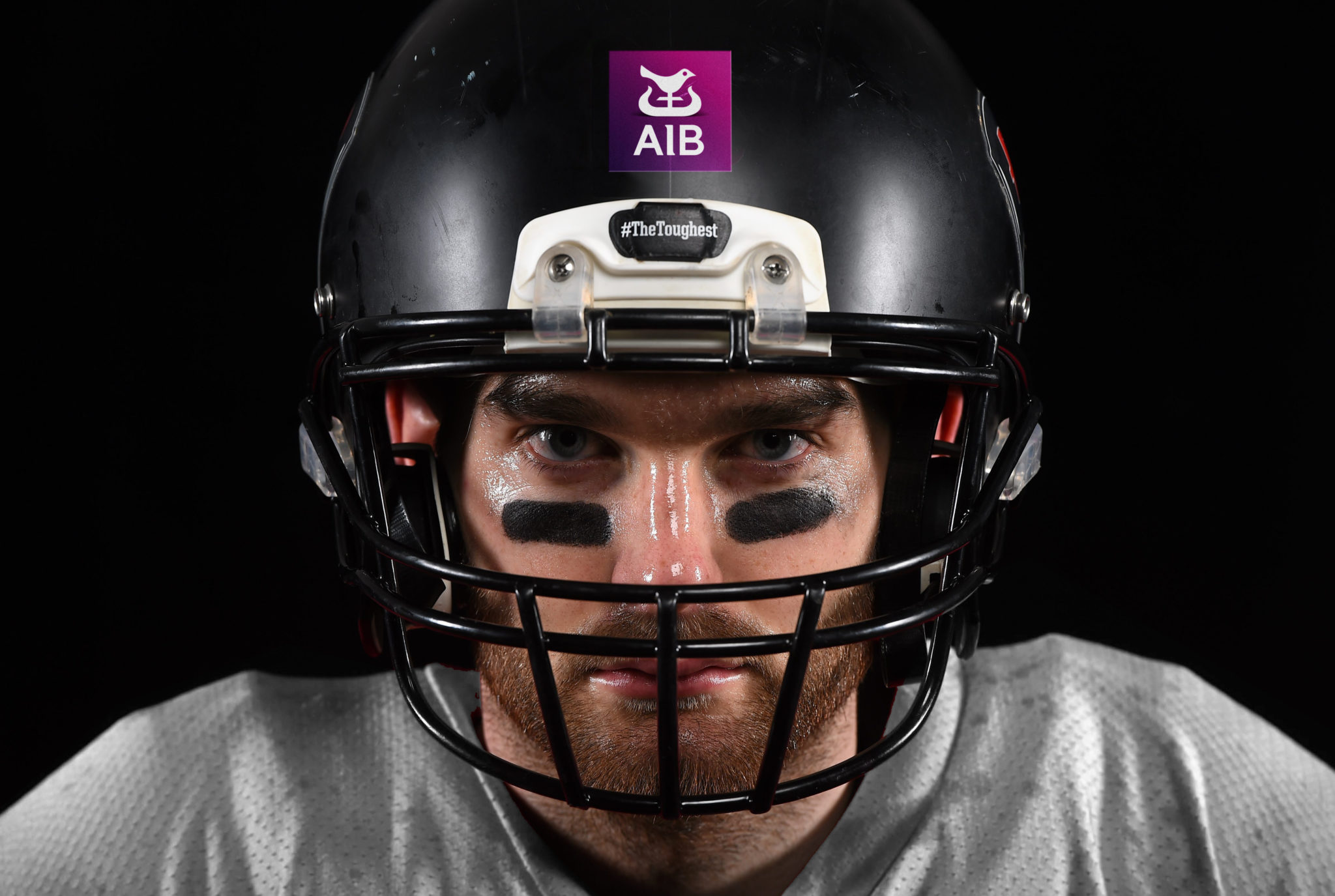 28 May 2020; Breaffy and Mayo All-Star footballer Aidan OShea is pictured for the launch of the re-release of AIBs GAA series The Toughest Trade on Virgin Media Television this summer. Four episodes will air featuring GAA stars Aidan OShea, Michael Murphy, Lee Chin, and Brendan Maher as they swap sports with their counterparts in American Football, Rugby, Ice Hockey and Cricket. For exclusive content and to see why AIB are backing Club and County follow us @AIB_GAA on Twitter, Instagram, Facebook and AIB.ie/GAA. Photo issued by Sportsfile on behalf of AIB.

"I probably wasn't a massive NFL fan at the time - I would have watched it, but not with a huge level of detail or game after game.

"The chance to go over and try something like that was too good to refuse so I was delighted to be asked, and I look back on it with fond memories for sure.

"Trying to pack in NFL preparation for a combine in three or four days was a challenge! There were definitely elements of it where I was out of my depth, but I enjoyed... following some of the guys' lead.

"These guys were preparing for most of their lives for some of these drills, so to try and pack it into three days was a bit of a difficult task, but I enjoyed the challenge all the same."

Aidan O'Shea will appear on the AIB Toughest Trade, which is being rebroadcast on Virgin Media next month.