This is how L'Equipe decide on their famously strict player ratings

Jean-Philippe Leclair of L'Equipe explained how the famous French publication decides upon its ...

This is how L'Equipe decide on their famously strict player ratings

Speaking on Wednesday's OTB AM after France's 1-0 defeat of Germany in Munich, it was Paul Pogba who came out on top with an eight in L'Equipe's player ratings.

Famously tight with how high they will go in their 1-10 rating system, Leclair insisted that "eight was a very good rating" for the "amazing Pogba."

As of February 2021, the number of players who had scored a maximum 10 remains as low as 11 - Bayern Munich's Serge Gnabry the most recent recipient for his 2019 performance against Spurs.

On the opposite end of the spectrum, 3s, 2s and even the occasional 1 tend to be handed out with more liberal abandon for poor performances.

With that in mind, Leclair explained how L'Equipe decide on their player ratings. 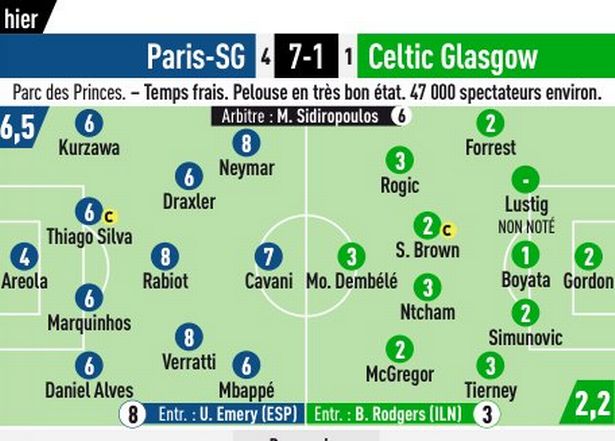 "It is a debate between the writers at the stadium," he explained, noting that those journalists back at the office have no say in the rating.

"We think that the writers and reporters at the stadium have got the best view to rate the players, so it is only them.

"Sometimes we feel a rating is too much or, you know, 'are you sure you want to give him a two?', but it is their decision."

Needless to say, when the stakes are so high it can take some time to reach consensus.

"Sometimes it is hard," he revealed, "because we are waiting for the ratings back at the office. 'What are they doing?'

"It is because they are debating like hell. 'Oh, he should get a seven.' 'No, that's too much!' It is part of the fun and good to have controversy like this."

Far from being the sole preserve of the French football media, Leclair explained that L'Equipe had adopted the habit of their Italian counterparts.

"It is an Italian tradition," he said. "I remember when I was a kid reading Gazzetta dello Sport and there was a thin line between a six and a four.

"Six meant you had a fantastic game, and four meant that you were a shame for the nation.

"So, when it comes to rating we are more Latin. English football has a very big influence in France, but not for ratings."

The following 11 players remain alone in being awarded a perfect 10/10 for a performance by the publication.