FEATURE: Love him or hate him, Liam Gallagher is needed in pop culture

His disappearance from the mainstream was met with little more than apathy. Since his return to t...

FEATURE: Love him or hate him, Liam Gallagher is needed in pop culture

His disappearance from the mainstream was met with little more than apathy. Since his return to the spotlight, Liam Gallagher is once more ubiquitous.

“I wouldn’t have a bad word written or said about him”, the gentleman I had met barely two minutes prior stated, defiantly. The previous 120 seconds or so of my life had been enriched by this welcoming stranger in an unfamiliar town we had taken an intentional detour to visit.

This was indeed the place I had heard all about, the establishment music fans have frequented in the last few years. And I loved it, instantly.

I stood there listening to the anecdotes of this fascinating individual all the while thinking to myself that the character he was telling me about really is a barrel of contradictions.

Later I wondered if this kind man knew the lyrics to Wonderwall or if he even had a side in the Blur vs. Oasis war, such was the irrelevance of music in this impromptu conversation all about a rock star. Liam Gallagher meant everything to this elderly publican of J.J. Finan’s Bar in Charlestown, Co. Mayo. “He has done a lot for us.” The sincerity of the sentiment was undeniable.

It was here, in this aforementioned public house, that the second coming of Liam Gallagher was conceived when, in 2015, a video of the superstar-in-hiding singing while playing an acoustic guitar and surrounded by the locals went viral.

Where had Liam been? Well, absent from the general public’s consciousness after the demise of the forever-doomed Beady Eye; the attempted continuation of Oasis sans brother Noel. And yet here he was, skilfully manipulating an instrument while singing a new-sounding song. Wasn’t this his elder sibling’s shtick?

And here I was, four years later in the same location, Liam’s triumphant return secured, in the presence of an unlikely demographic showcasing old photographs of the youngest Gallagher and waxing lyrical about the unrelenting generosity of a much-parodied, oft-ridiculed Irish-Mancunian.

Here’s the thing about Liam. He is filled to the brim with complexities and contradiction, never more apparent than in the new documentary ‘Liam Gallagher: As It Was’, the release of which coincides with Liam’s imminent second solo record. It’s where the unparalleled fascination with the star truly lies.

And here’s the truth about Liam. People got sick of him.

Being Liam Gallagher alone was insufficient towards Beady Eye’s end. The world tired of the washed-up, juvenile, foul-mouthed, minimally talented lead singer from a dated era. At least that was the perception from many quarters.

Noel, finally, had the place to himself. Liam vanished, focusing instead on resolving personal circumstances and heading a cult fashion clothing line.

Pop culture moved on… except, it didn’t. 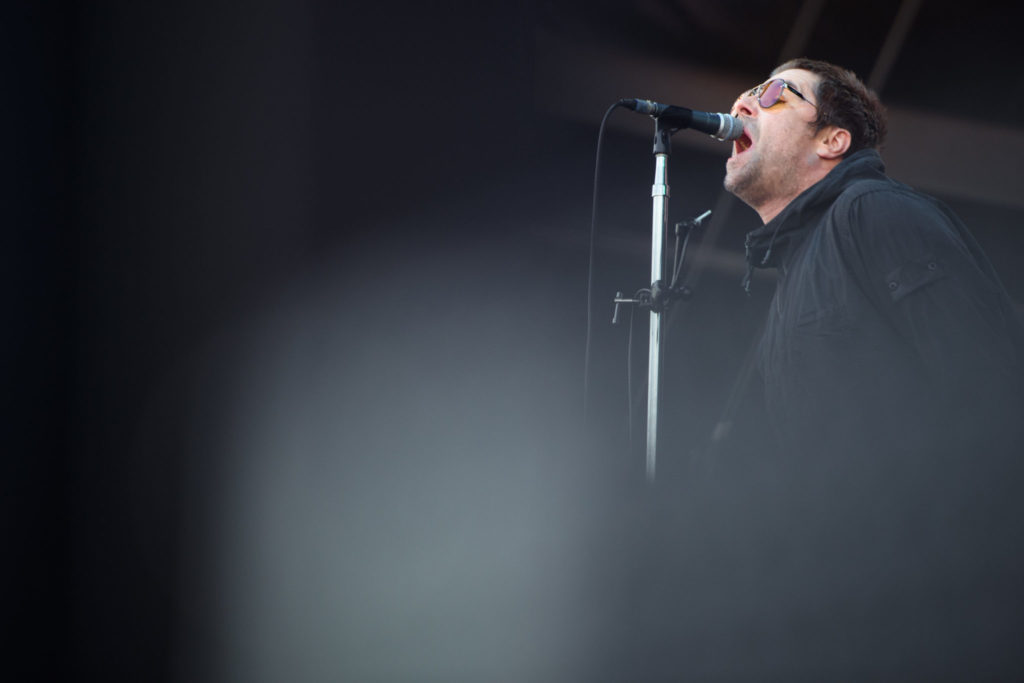 09 September 2018, Germany, Berlin: The singer and musician Liam Gallagher is on stage at the two-day music festival Lollapalooza on the grounds of the Olympic Park. Photo: Gregor Fischer/dpa

There was a relentlessly confident, unmistakenly brazen and an inimitable presence-shaped void in modern rock music that nobody could adequately fill. Bluntly, there were no rock stars left while Liam was away.

When he returned to prominence in 2017, he was met with a legion of new youthful fans hopelessly enamoured by the somehow-relatable exuberance of this middle-aged man and his total disregard for the status quo.

He endeared himself to the world in his response to the tragic Manchester bombing and impressed critics with his stellar debut album, replete with self-written gems while recapturing his aura as one of the truly great live acts. He retook the crown untaken in his absence.

And that is Liam – he is the public representation of every human being. At his zenith, he is the flawlessly certain and cocksure version of ourselves we seldom dare to imagine and sometimes act upon. At his nadir, he reminds us of our deep-rooted limitations and incessant flaws. He is constantly exposed without giving much away. He is every one of us.

Without equal to his friends and enemies and unique in his presence, for entertainment’s sake, we need Liam Gallagher around. Love or loathe him.

"It was an appalling referee decision" | Matt Williams

OTB Sports picks up six nominations for the 2021 IMRO Awards

JOB ALERT: Off The Ball is Hiring a Multimedia Content Creator!

"He killed 16 Czechoslovakians" - Let's Go Back To with Ger Gilroy