Former Kilkenny hurler and nine-time All Ireland winner Tommy Walsh says he believes Henry Shefflin will manage Kilkenny one day, but says he isn't sure if he will be the man to immediately succeed Brian Cody.

The iconic hurler is currently manager of his former club side Ballyhale Shamrocks and this year claimed his first title in charge of the club by winning the Kilkenny senior hurling title in October.

Speaking on Thursday's OTB AM with Ger Gilroy and Eoin Sheahan, Walsh admitted there will be a queue of former players who would like to take on the role in the future.

"I would predict success for some of those guys," he said. "The likes of Jackie [Tyrrell], JJ [Delaney]. We've already seen what Henry is doing."

There's a lot of good guys there in Kilkenny at the moment that are involved in underage set-ups. 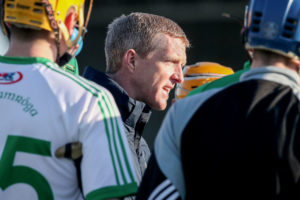 He added: "Henry will get it at some stage. It all depends on what happens over the next few years.

"There's a lot of good guys there in Kilkenny at the moment that are involved in underage set-ups that will throw their hats in the ring in time - if and when the job becomes available in a few years time.

"Henry's won in his first year [as Ballyhale Shamrocks manager]. That's not bad going. They were going for the club All Ireland in 2015 and seven of those guys are gone now. And he's still achieved [the Kilkenny title]."

Brian Cody will lead Kilkenny into 2019, in charge of the side for a 21st season.