NFL pundit Mike Carlson discussed the variety of offensive strategies in the modern NFL and how i...

NFL pundit Mike Carlson discussed the variety of offensive strategies in the modern NFL and how it has affected quarterbacks on OTB AM on Thursday.

Across the NFL there seems to be an endless supply of exceptional quarterbacks, where before there looked like a good quarterback was impossible to find.

However, Carlson does not think that truly high-quality quarterbacks are as common as they appear.

He believes that the game has evolved to a point where the greater variety of offensive strategies has made way for QBs to find their rhythm in their teams.

“There’s a group of quarterbacks which is about 10 deep who are way ahead of the other 20, so a premium quarterback is still a difficult thing to find,” Carson said.

“What’s happened is that the NFL has adjusted gradually to the changes in college football, notably the spread formations.

“That has opened the game up a bit to more college-style quarterbacks.”

The spread offensive system is used to draw the defence wide across the field, and open up three or four receivers down field.

It was previously used largely in college football by smaller teams as a means to bridge the gap with teams that have a greater talent pool.

“Now when you see Cliff Kingsbury coaching in Arizona, and you see Matt Rhule getting the job in Carolina, these are guys who are being hired particularly for that ability,” Carlson said.

“The interesting thing was this whole system is not new in college football, but it’s developed slowly by smaller college teams.

“Kingsbury and Rhule had great success in college to an extent, but that was merely treading water against the really big teams.

“These systems were designed to be able to overcome teams that had a big talent advantage against you; to take advantage of what you could do.”

The use of this system, and the diversity in play calling that it can allow for, has made it easier for college quarterbacks to adjust to the NFL, according to Carlson.

“As they’ve been adapted in the NFL, they’ve created really interesting situations that talented young quarterbacks can come in and take advantage of right away.

“What you look at is a guy like Jared Goff (for the LA Rams), who maybe 10 years ago would have come in the league and be drifting around like a Kyle Boller or somebody like that.

“But because Sean McVay was coaching and because he had all of these concepts that he added to the NFL offence from these college ideas, he’s able to mould Jared Goff to the point where he’s efficient.”

Players, coaches and the different offensive and defensive systems in the modern NFL are all significantly better than they were a number of years ago. 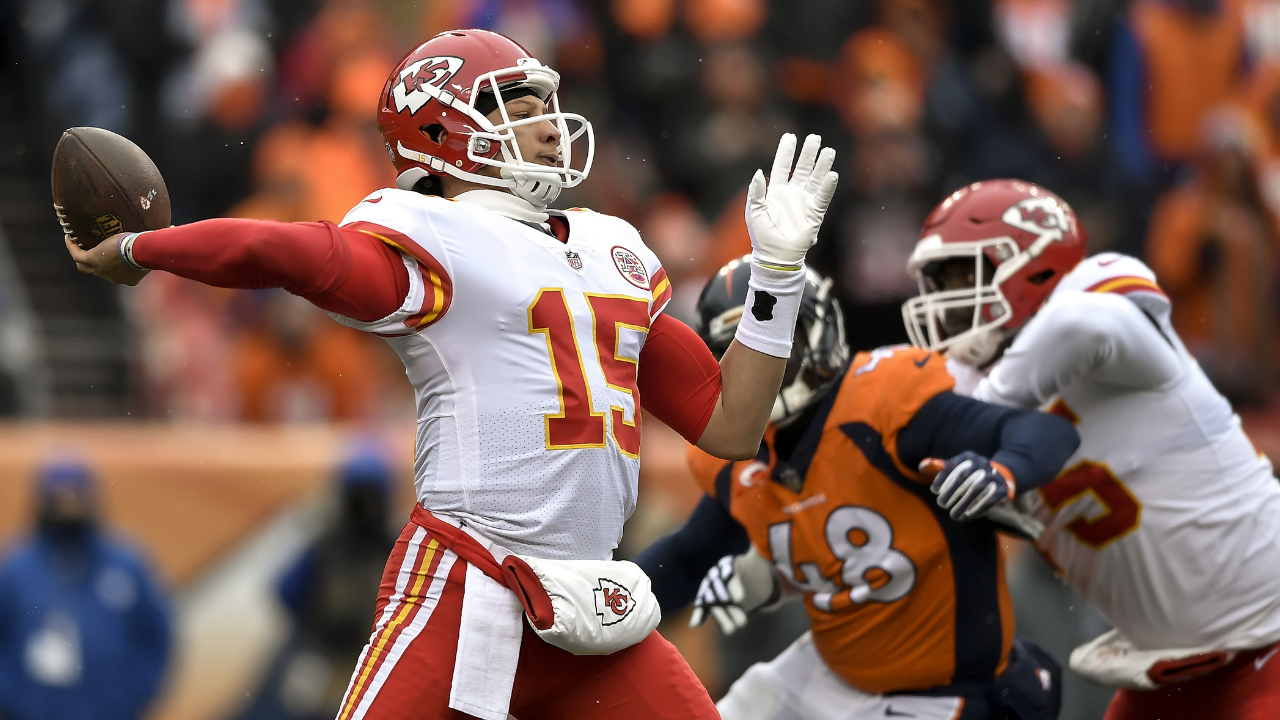 Variety in the modern NFL

This has resulted in a wider variety of different types of players being able to utilise heir unique skills through different systems and strategies, according to Carlson.

“I love the idea of that with Lamar Jackson, so you’ve got a running option quarterback again,” he said.

“There’s always a risk in the NFL because defences are so much better, and every player has a certain higher level of skill than college teams.

Modern NFL teams are able to utilise a combination of different play types, particularly on offence.

“Tennessee is an old-fashioned, run the ball first, grind it out, win-by-defence sort of team,” Carlson said.

“Baltimore is an option-running attack, which five years ago we wouldn’t have thought we’d see again in the NFL.

“Arizona is going to be a wide-open air-raid offence, and I love that variety.

“That opens up avenues for quarterbacks who have talent and can be well coached.”

Despite this, Carlson did acknowledge that not every quarterback will be a star, even with the wider variety of strategies.

“For every Patrick Mahomes there’s a Mitch Trubisky," Carlson said.

Whether it is an all-out passing attack, a ground-based game or a mixture of the two, the variety in modern football has given every team the potential to beat any other team on their day.