Passing for 385 yards and four touchdowns on Monday night against the Baltimore Ravens, the consensus right now appears to be that Patrick Mahomes is the NFL's greatest quarterback – but probably only for the time being.

Coming up against Lamar Jackson's Ravens, Mahomes won the battle between two of the sport's best quarterbacks on the night as his team secured a 34-20 victory.

However, there are many battles still to come in the Jackson-Mahomes rivalry.

Speaking on The Snap, NFL analyst Cian Fahey predicted that the young pair will consistently fight it out for superiority over each other in the years to come.

"I said Lamar Jackson has been better than Mahomes over the last 12 months, and I mean, he very easily has been because Mahomes peaked during the play-offs," Fahey explained of the duo's recent history.

"He had that great moment in the Super Bowl and everyone sees that and presumes he's always been better, but outside of that Mahomes has been quite inconsistent in terms of against the top 1 per cent-ers.

"It's always going to be a swinging pendulum [between them]. Like it was with [Peyton] Manning and [Tom] Brady, it's about who is in the better form over the past couple of weeks."

While Mahomes has undeniably been amongst the best in the league over the past year, Fahey contended that Monday's game has tipped the balance in his favour as better than Jackson right now.

"After Monday night you have to put him up above Lamar again.

"Lamar didn't play well on Monday, but they also had major issues, like, nobody played well from the Ravens on Monday.

It was a struggling partnership, Fahey said, that epitomised the Ravens' fortunes on the night.

"That relationship between Jackson and Andrews just wasn't there. When Jackson played well and made a great throw, Andrews dropped the ball. When Andrews got open and ran a great route, Lamar missed the throw. 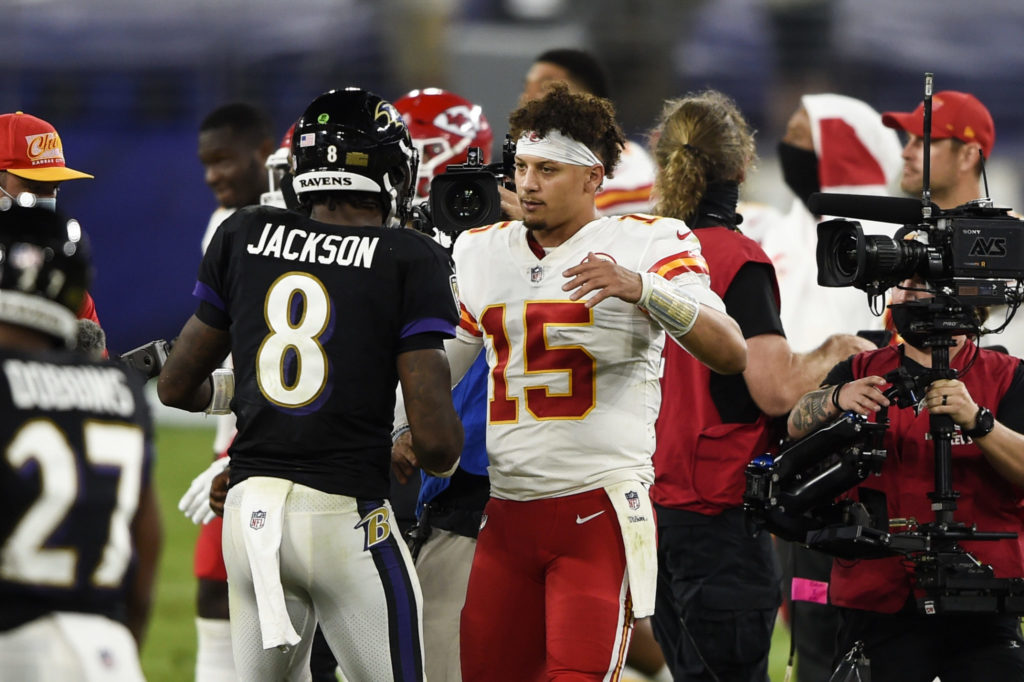 "There was one play where Lamar dropped back into the pocket and you had five eligible receivers running out.

"So now Jackson has nowhere to go with the ball because four of his five eligible receivers are covering each other.

"It's those kind of stupid mistakes that you don't expect from a team that's one of the best teams in the league," Fahey explained.

And it was those errors that had Mahomes departing Baltimore with the quarterback bragging rights. However, it's only a matter of time before Jackson gets his shot at revenge.

John Duggan: Those that take a stand will be a part of history