On a weekend where Ireland's Aer Lingus College Football Classic should have been taking place, Padraic O'Kane has confirmed that there will be no game in 2021 if a coronavirus vaccine has not been made available.

A game that was set to bring players and fans of Navy and Notre Dame to Dublin's Aviva Stadium, that particular fixture was postponed to account for the Covid-19 outbreak.

With a game between Nebraska and Illinois now scheduled to be played in 2021, Padraic O'Kane revealed on Off The Ball's Saturday Panel that there can be no hope of a game without a vaccine.

"No, without a vaccine you won't," he explained of the prospect that this game could be played in our current circumstances.

"That's to be fair and straight about it [because of] the amount of logistics involved in moving people from country to country." 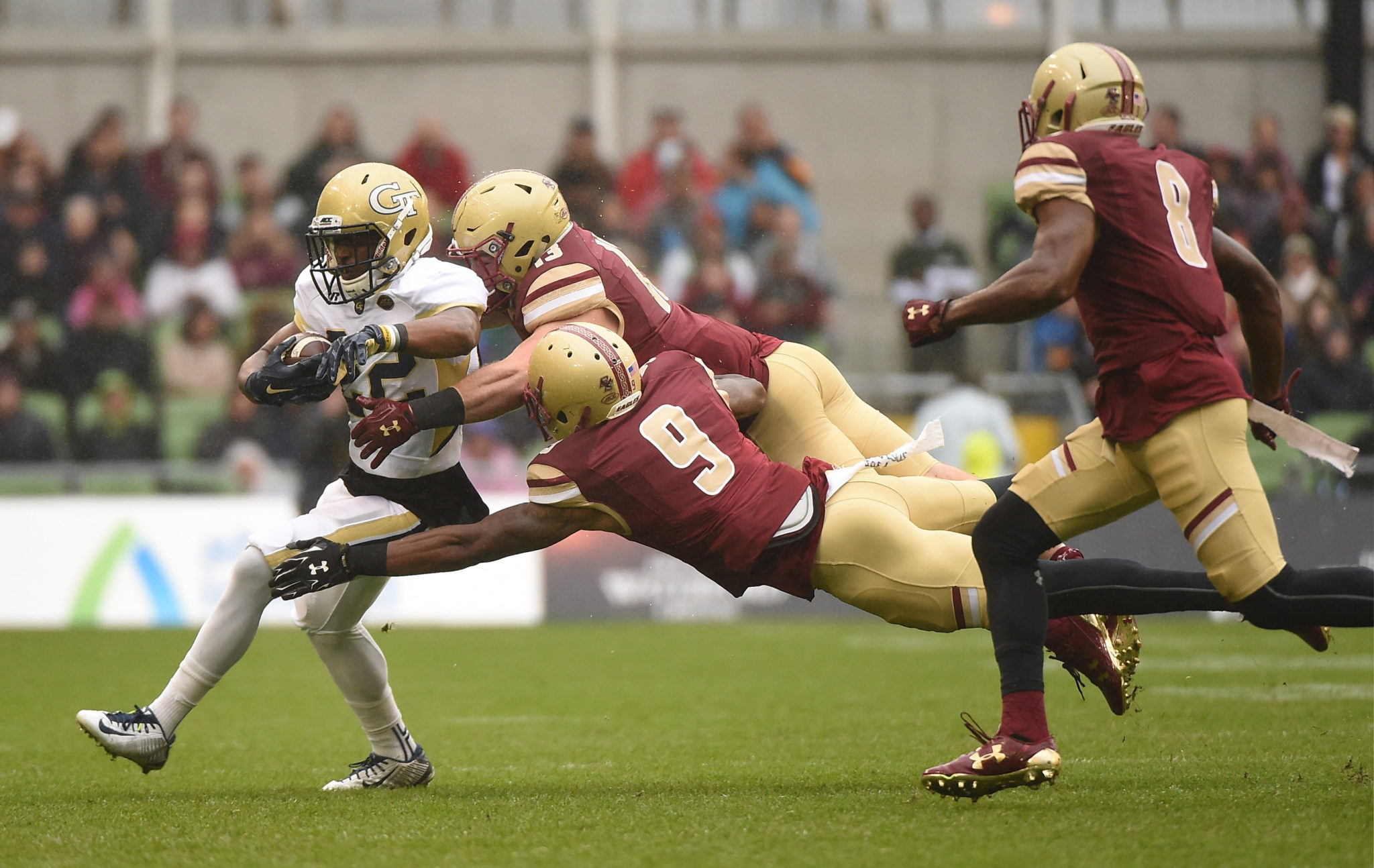 In what would have been the first game in Dublin's Aviva Stadium since Georgia Tech met the Boston College Eagles there in 2016, O'Kane is adamant that preparation for the event in 2021 will proceed as usual in the hope that a vaccine is available in time.

"We have to work on the basis that the game will happen next year," he explained, "because you just don't start to plan something like this if you get the green light next April, May or June.

"We have to continue on and we believe other events and the industry needs to come in behind this and encourage events to come to Ireland, especially in the second-half of next year."

You can learn more about the College Football Classic and what the next game will look like in Dublin when it takes place here.

Tom Brady to stay at Tampa Bay beyond his 45th birthday