Cian Fahey casts his eye over Week 1 of the NFL season, picking games against the spread and discussing the most important storylines for the upcoming year.

Week 1 of a new NFL season is always chaotic.

Tom Brady threw two interceptions in a double-digit loss last year. Then he went on to win the Super Bowl. Week 1 can be an unexpected cold shower for a lot of teams. It can be a reason for excitement for others.

It's such a chaotic start because the NFL is the rare sport where the offseason is longer than the actual season.

Not only do teams change dramatically because of players changing teams, players retiring and rookies joining the league, but that time between seasons means players who don't change teams can actually be the biggest variables.

In such a physically demanding sport, there's an innate unpredictability for individual players over the course of their careers (unless you're Brady who just wins all the time regardless).

This year we're going to find out if Julio Jones is still a superstar who can push the Tennessee Titans to a new level, if Aaron Rodgers can carry the Packers into the playoffs once again and if Tua Tagovailoa can be just good enough for the Miami Dolphins to become a contender. 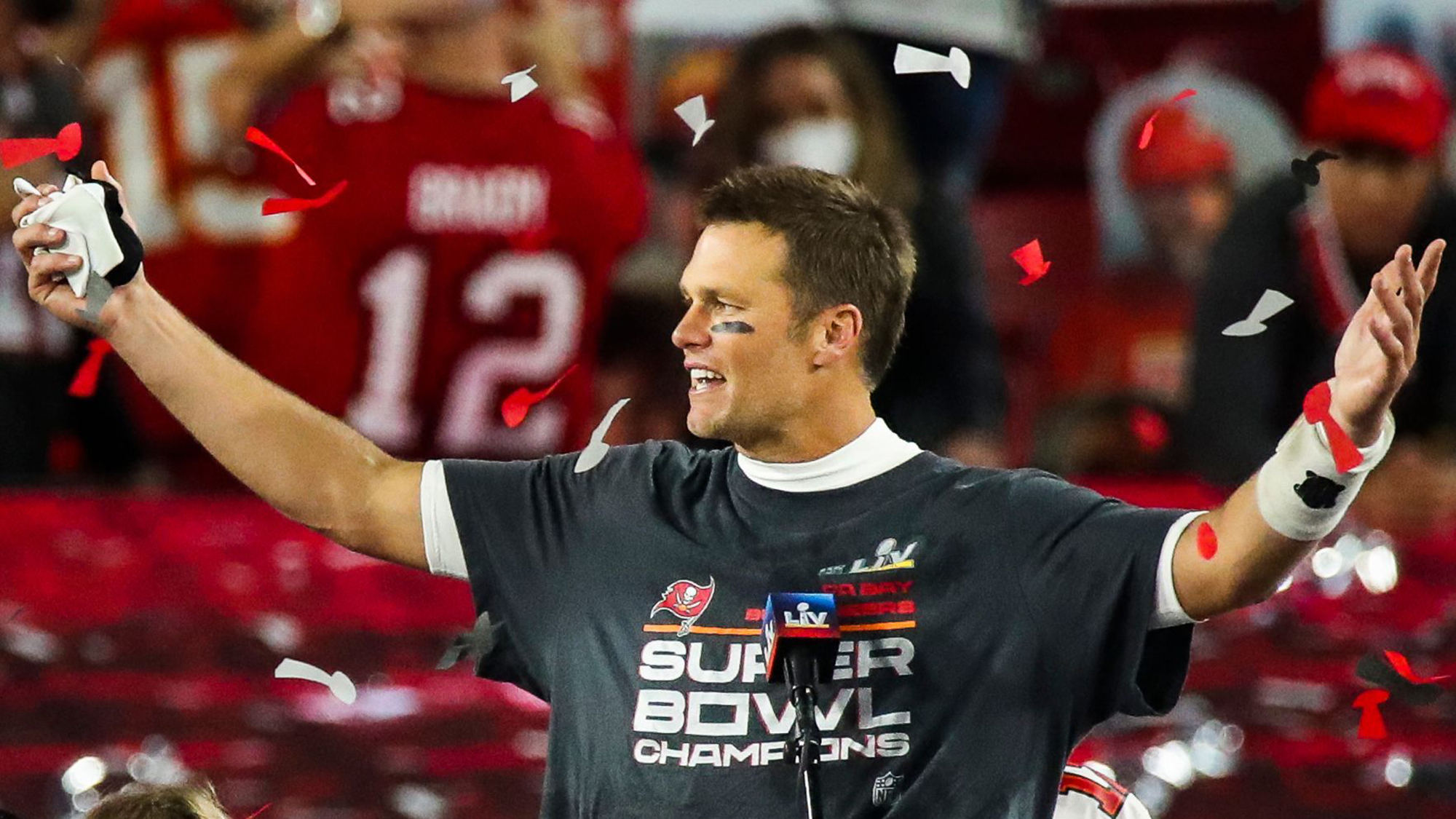 Finding a rhythm against this Tampa Bay Buccaneers defence isn't the ideal starting point. Although the focus will be on Tom Brady and his offseason bout of Covid, it's the defences that will make the difference in this game.

The Cowboys should score enough to stay within eight points but the Buccaneers will make enough plays on defence to win the game.

Tennessee Titans -3 over the Arizona Cardinals

Ryan Tannehill has returned in time to start this weekend. Tannehill and Kyler Murray is the most exciting quarterback battle of Week 1 as we see two hyper-accurate athletes go in search of big plays against each other.

But while Tannehill can rely on Derek Henry to set the tone of the offence and now he has a new toy to play with in Julio Jones out wide, Murray is still stuck with Kliff Kinsgbury. The Arizona Cardinals head coach is a major obstacle to his own team because of his poor play calling.

Unless they've changed their approach over the offseason, this should be a straight forward cover for the Titans.

Jacksonville Jaguars -2.5 over the Houston Texans

Deshaun Watson's career is likely over at this point and Tyrod Taylor is expected to start in his place. That's a massive downgrade at quarterback but it's not just that change that is a problem for the Texans. Their roster is also decimated after years of poor decision making.

With Trevor Lawrence sparking the offence and a very talented defence, the Jaguars deserve to be road favourites in this game and should cover.

Justin Herbert had the best rookie season of any quarterback since Andrew Luck last year. Herbert is a spectacular football player who should only continue to get better as his foundation of poise and intelligence sets him up for sustained success.

But Week 1 won't be easy. Washington's defence is outstanding. They showed last season that they can smother any offence to keep a game close. The problem for Washington is that 38-year-old Ryan Fitzpatrick is more likely to throw the game away than do enough to win it.

It will be a tight game and likely a very interesting one, but one the Chargers should win nonetheless.

Minnesota Vikings -3.5 over the Cincinnati Bengals

Joe Burrow is back after his devastating knee injury last year. The Bengals are better for it and are going in the right direction with Tee Higgins and J'Marr Chase set to catch his passes. But they're still in the early stages of development and the Vikings are just a more rounded out roster than them right now.

Atlanta Falcons -3.5 over the Philadelphia Eagles

Two teams that project to have flawed rosters and inconsistent performances this season. The difference between the two is the Falcons have a veteran quarterback and in this specific contest they will be playing at home, making them the easy pick to cover.

Pittsburgh Steelers +6.5 over the Buffalo Bills

A lot has changed in the Pittsburgh Steelers offence and not much has changed for the Buffalo Bills. The Bills beat the Steelers by 11 points last season but the game itself was an arm wrestle as the Steelers defence was one of the few last year that could comfortably match up to the talent spread through the Bills offence.

That defence remains so this should be a close game but offensively the Steelers probably won't have enough to win the game outright. It may come down to a garbage time drive at the end for the Steelers to stay within seven points.

Dan Campbell is a South Park character. The Lions making him their head coach as they enter a rebuild is simply inexplicable. Regardless of who Kyle Shanahan starts at quarterback, this should be a comfortable, comprehensive win for a 49ers team that is better coached and far more talented than their opponents.

Seattle Seahawks -2.5 over the Indianapolis Colts

Carson Wentz is on track to play but he's already hurt. The Colts roster from top to bottom is probably better than the Seahawks right now, but the peak players that the Seahawks have should be the difference. Russell Wilson's ability to connect with D.K. Metcalf and Tyler Lockett for big plays will carry them through the game.

One major x factor for the Seahawks is new tight end Gerald Everett.

Everett is a supreme athlete who flashed huge upside with the Rams but never found consistency. The Seahawks are investing in him as their primary option, something that never happened with the Rams. That trust could unlock his potential to be a star player.

The Browns gave their best shot against the Chiefs in the playoffs last year and came up short. They don't appear to have taken any notable steps forward in the offseason whereas Patrick Mahomes is now fully healthy with an upgraded offensive line.

Saquon Barkley will play in this game but he won't be the primary option for the New York Giants offence. That's a problem because the Giants offence has been built incompatibly. They have no real replacement for Barkley's explosion/dynamism and too many receiving options who need to play in the slot.

But the real story of intrigue here is the Denver Broncos. With Teddy Bridgewater starting at quarterback and Von Miller healthy on defence, there is a balance to the team that didn't exist last year.

The Broncos are a dark horse to challenge for a playoff spot this season.

Mac Jones' debut won't be easy but the rebuilt Patriots offence is set up to help the rookie quarterback. He'll have to figure out the blitzes that Brian Flores throws his way but in what should be a low-scoring game the Patriots will have the edge.

Although Drew Brees wasn't as effective in his elder years, it's astonishing to think the Saints are replacing him with Jameis Winston and Taysom Hill. Sean Payton has swapped out one of the most efficient passers the sport has ever seen for a combination of inefficient players.

The only hope the Saints have of keeping this game close is if Alvin Kamara goes off...that's not improbable considering he had 197 yards and two touchdowns against the Packers last season.

Losing J.K. Dobbins for the season is a major blow for the Baltimore Ravens. Gus Edwards is capable of being a lead back but the Ravens will need to open the offence up more if they can't find another consistent ball carrier.

Opening the offence up should be easier now that Ronnie Stanley is back at left tackle, Kevin Zeitler has been added at right guard and Alejandro Villanueva at right tackle. If Sammy Watkins stays healthy the Ravens could actually have an intriguing passing game.