OTB Sports Cian Fahey casts his eye over Week 2 of the NFL Regular Season, picking each game against the spread.

It was a record-breaking Week 1 for NFL underdogs. For the first time in more than 35 years, eight underdogs won outright. It was especially surprising since there were fans back in stadiums.

Fans in stadiums for NFL games is not just about the psychological factors like any other sport. Crowd noise has a direct impact on road team offences because it impacts communication. Part of the reason last season saw so many points scored and such little resistance on defence was that quarterbacks never had to use a silent snap count on the road.

So the fact that the Chargers, the Eagles, the Steelers, the 49ers, the Cardinals, the Dolphins and the Broncos all won on the road is startling.

In the old 16-game regular season, starting 0-2 could be a death knell. Now that there is a 17th game, it might not be as impactful but it's still a hole to climb out of. Especially for teams that have played one or two divisional games.

Take the Buffalo Bills as an example. The Bills face the prospect of losing to the Miami Dolphins this weekend to go 0-2 while their rivals for the division jump out to 2-0 with two division wins. It's crucial for them to escape with a .500 record into Week 3.

This is not an easy choice because 6.5 is a lot of points but the Raiders are travelling across the country, with a shorter week and going against a defensive line that will eat Derek Carr. The challenge is getting enough points out of Ben Roethlisberger.

Roethlisberger was awful against the Bills last week. The hope is that the receivers can do enough to bail him out. We're really hoping to just escape with a touchdown difference here. If it reaches double digits I'll be shocked.

Miami Dolphins +3.5 over the Buffalo Bills

Desperation can kick in early and it can be a deciding factor between two evenly-matched teams. The Bills could eek out a victory by a couple of points but it should be a tight game regardless. A home team, getting points with a defence that is capable of pressuring Josh Allen is enough to convince me. 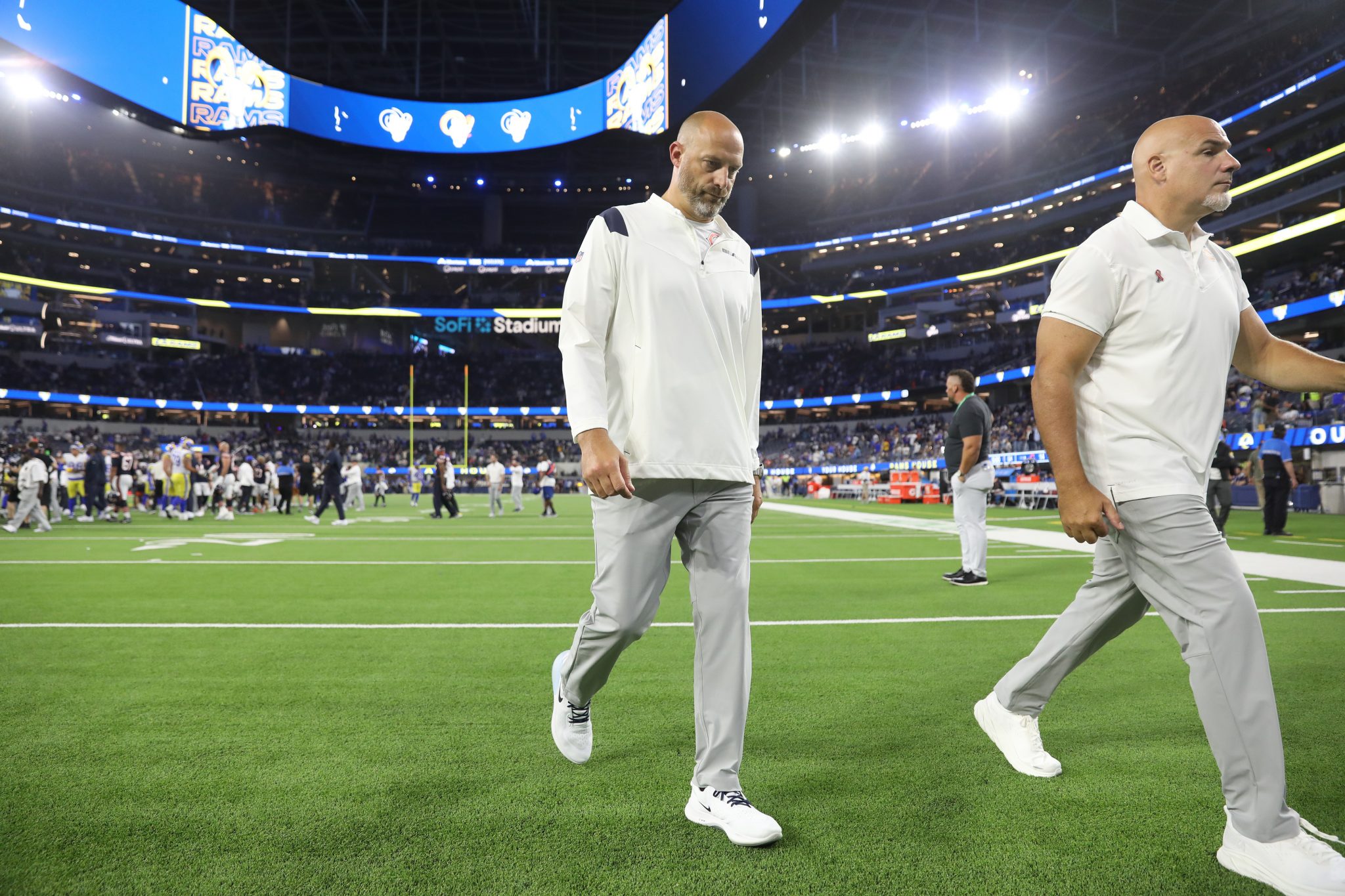 Chicago Bears head coach Matt Nagy walks off the field after his team is blown out by the Los Angeles Rams.

Cincinnati Bengals +2.5 over the Chicago Bears

Denver Broncos -5.5 over the Jacksonville Jaguars

The Jaguars didn't even have to play a real NFL team last week and they got blown out. Their best hope here is that the Florida heat saps the energy of the Broncos defence and they change up their play-calling on offence. But Teddy Bridgewater is a Florida guy so the Broncos offence should be able to rack up enough points to cover.

He won't be going to USC but Urban Meyer jumping ship at some point won't be a surprise.

Cleveland Browns -13 over the Houston Texans

Beating the Jaguars in Week 1 is not a testament to anything. The Jaguars were awful. The Texans were pretty bad by all accounts too, just not as bad as the Jaguars. Maybe the strategy of throwing heaves to Brandin Cooks continues to somehow work out. It's not likely though.

Nick Chubb should be able to run right through this defence. If the Browns don't score 40 they should set up an inquisition.

The Colts aren't a bad team despite their Week 1 performance. Maybe Carson Wentz will continue to anchor them down but the Rams are also coming off a high against a Bears team that really doesn't count for anything. This is the Rams' first game of the season really. And it's not an easy one because the Colts have the talent to withstand Aaron Donald, then attack the secondary.

Matthew Stafford on the road against a real defence is going to be a very different experience than his debut in Los Angeles.

The Patriots underwhelmed last week but still should have won the game. That fumble in the fourth quarter was a devastating mistake at the worst possible time. The Jets struggled and then lost Mekhi Becton to injury. But surpassed all that, Bill Belichick's record against rookie quarterbacks is impenetrable.

(Not really but hey weirder things have happened.) 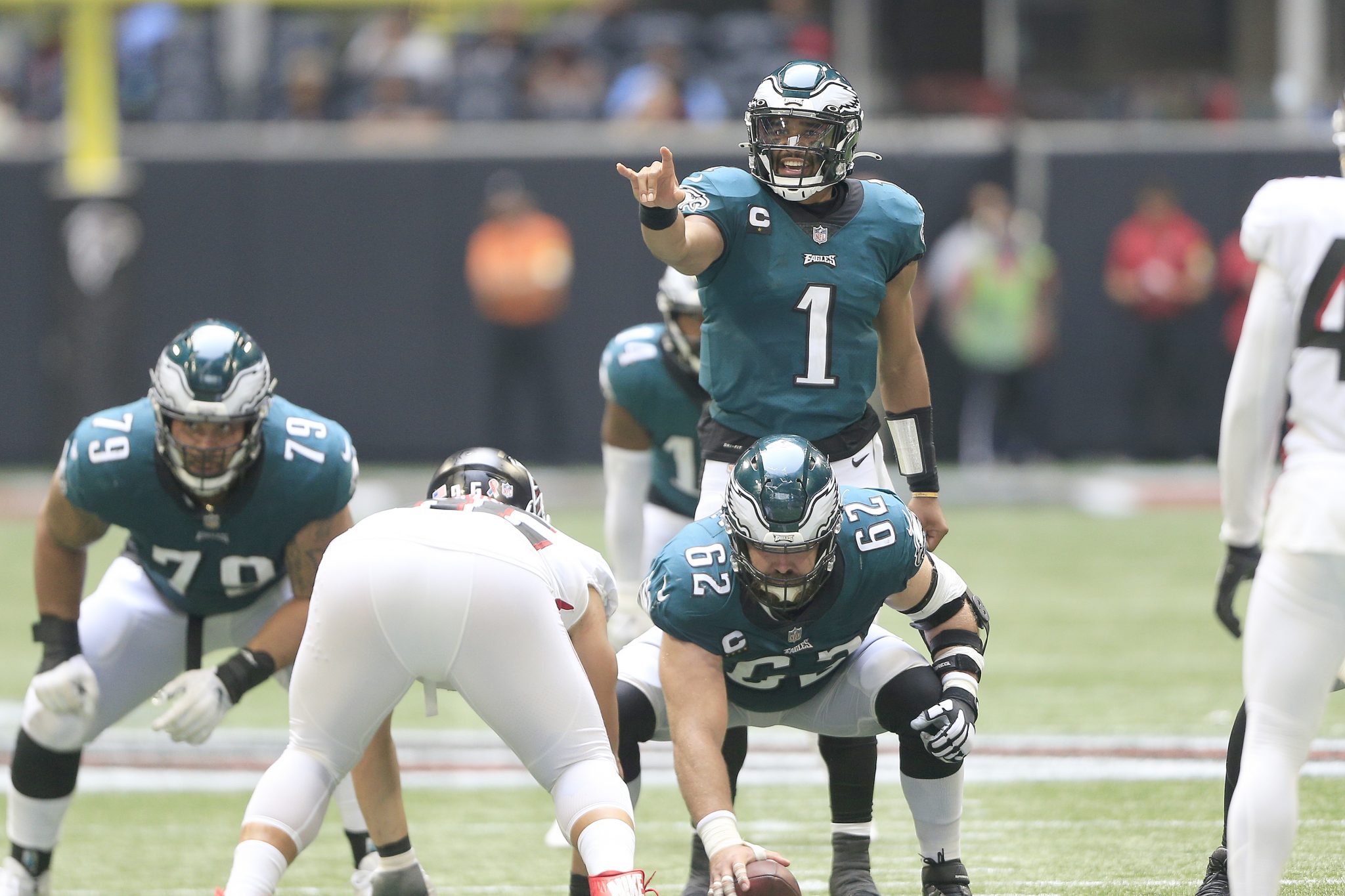 Jalen Hurts had one of the more impressive displays in the NFL during a Week 1 victory over the Atlanta Falcons.

The Eagles proved in Week 1 that they are not going to be the pushover many expected this year. Jalen Hurts looks good and the defence is still formiddable. But the 49ers are just a far more talented team with a more established coaching staff. Even without Raheem Mostert, the offence will keep ticking over like it did last week in Detroit.

While we knew it would be bad, we didn't think it would be that bad. The Falcons' Week 1 performance suggests they'll be drafting a new quarterback next season. Tom Brady's Buccaneers have an extra bit of rest to plan out this blowout win.

Arizona Cardinals -3.5 over the Minnesota Vikings

Kirk Cousins did what Kirk Cousins does last week, he grasped defeat from the jaws of victory. It's impossible to trust this quarterback on the road even while doubts over Kliff Kingsbury remain. If Kyler Murray plays half as well as he did last week this should be an easy cover. The problem is the Vikings defensive line has the matchup advantages to get to the quarterback the way the Titans didn't.

This isn't a sure thing by any means.

Losing Demarcus Lawrence means a Cowboys defence that is already limited becomes a major problem against a red hot quarterback. This should be a shootout and a great game to watch with two of the best quarterbacks in the league and an arsenal of weapons on each side.

Tennessee Titans +6.5 over the Seattle Seahawks

Russell Wilson will go off when he gets the ball, but this week we should see more of Derrick Henry. The Titans started poorly last week and never got round to feeding Henry. That's going to happen sometimes. They should shorten this game by maintaining prolonged drives to stay within a touchdown at the end.

Lamar Jackson has never really had a fair shot at beating Patrick Mahomes. The Chiefs have always had the better team and it's clear that they do now too. It will take a superhuman display from Jackson to overcome the talent disparity.

The Chiefs are still the best team in the NFL.

Professional and personal pride will kick in for Aaron Rodgers this week. He'll drag this roster's carcass to victory and probably by more than multiple touchdowns. The NFL doesn't necessarily need Rodgers to be great anymore because of the young talent coming through, but few players in the league have ever been as electrifying as him when he's on.

The Lions have typically suffered more than any other NFL team (except maybe the Bears) because of that.