OTB Sports Cian Fahey picks games against the spread for NFL Week 3. After two weeks of the NFL ...

After two weeks of the NFL regular season, we have seven 2-0 teams. But after successive weekends of surprise results, they are not the teams you would have expected.

In the AFC, it's just the Las Vegas Raiders and the Denver Broncos.

In the NFC, it's the San Francisco 49ers, the Los Angeles Rams, the Arizona Cardinals, the Tampa Bay Buccaneers and the Carolina Panthers.

18 teams are at 1-1, speaking to the parity that is expected to exist in the NFL this year. When the Baltimore Ravens beat the Kansas City Chiefs on Sunday night, it was a big moment for the Ravens but again it was a game where the two teams could barely be separated from each other.

But take the Buffalo Bills as an example.

In Week 1, Josh Allen was comfortably contained by the Pittsburgh Steelers defence, one of the best in the NFL. The Steelers won that game relatively comfortably. Yet, when the Bills went into a road game against their biggest division rival, they blew them out. What do we make of that Bills team right now? And the Steelers, they beat the Bills on the road then lost comfortably at home to the Raiders.

So much is uncertain still and it might take another month for any real shape to develop on the standings.

Carolina Panthers -7.5 over the Houston Texans

This decision essentially boils down to who has the bigger impact: Christian McCaffrey or Sam Darnold?

Darnold has played relatively well so far but he's always a mistake waiting to happen. This would be the prime moment for him to collapse as the Panthers look to be the first team in the NFL to go 3-0 at home as a heavy favourite. But still, if they just hand the ball off to McCaffrey enough they should win the game easily.

Arizona Cardinals -7.5 over the Jacksonville Jaguars

It was not a good follow-up in Week 2 for the Arizona Cardinals. Kyler Murray made too many mistakes, Kingsbury's play-calling reverted back to its prior problems and the defence didn't have the same impact as it had in Week 1. The Cardinals were very lucky to win.

But still, the Jaguars look awful.

The Falcons aren't getting better. Neither are the Giants, but the Giants are at home and have the more talented overall team at this stage.

Baltimore Ravens -7.5 over the Detroit Lions

Lamar Jackson's early interceptions put the Ravens in a hole they shouldn't have climbed out of last week. Those mistakes were overcome by Jackson's outstanding running and some timely Chiefs mistakes. John Harbaugh's side should carry that momentum into Week 3 and blow out the Lions. 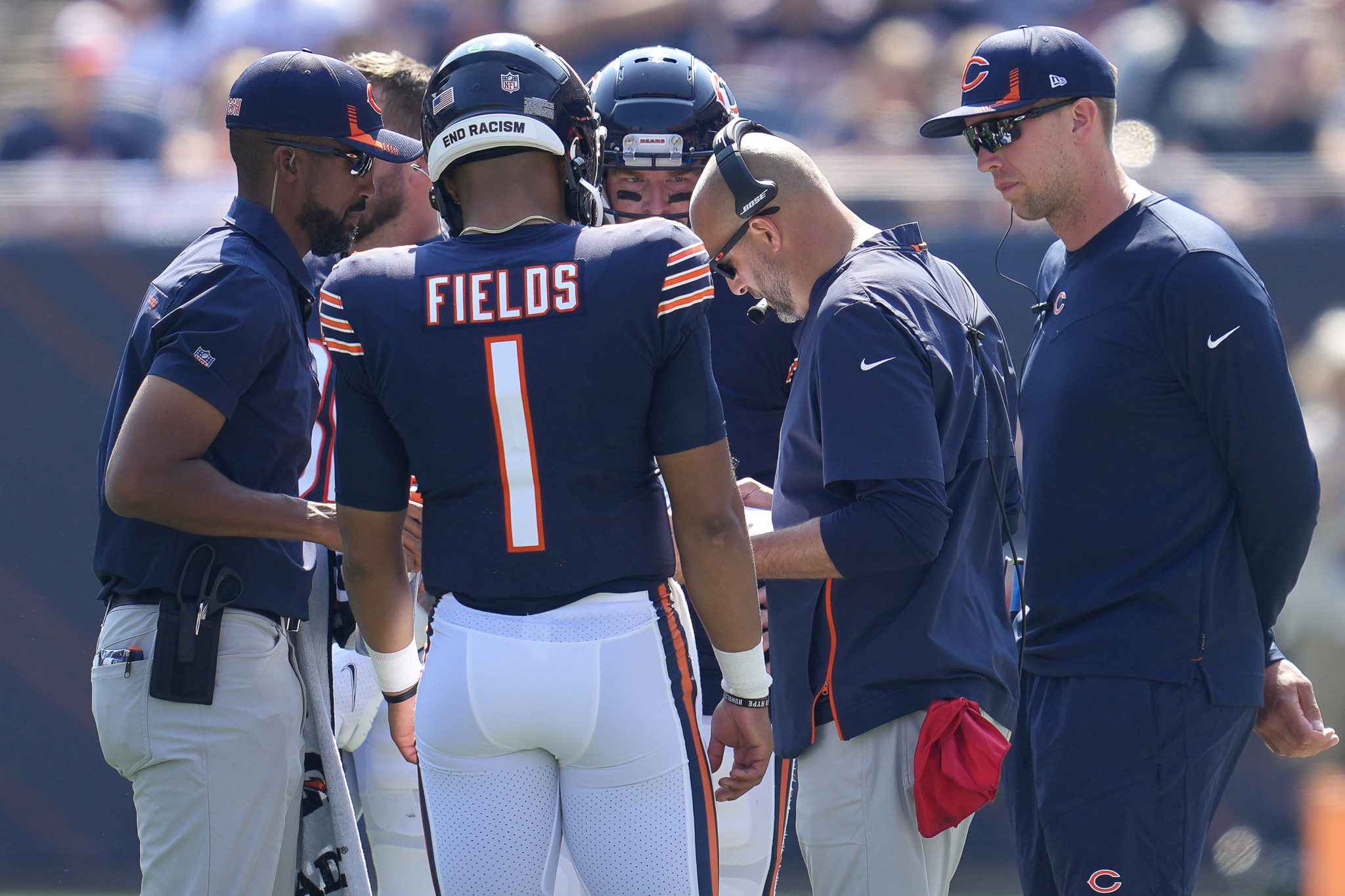 Cleveland Browns -7.5 over the Chicago Bears

Justin Fields is making his full debut after coming off the bench last week. In theory, the Bears offence should adapt to fit his skill set and encourage him to run the ball more than Andy Dalton would have. That will make things difficult early for the Browns but Fields' inexperience should give the Browns defence opportunities for big plays.

Without Jarvis Landry, expect the Browns to rely on Nick Chubb this week.

Pittsburgh Steelers -3 over the Cincinnati Bengals

TJ Watt's health is uncertain entering this game. The Raiders did most of their good work on offence last week after he went out. Without him, the Steelers can still rush the passer but they're not likely to overwhelm Joe Burrow. They're still one of the best defences in the NFL.

Three points is a good line for this game as these two teams are a lot closer than we would have expected in the offseason.

Tennessee Titans -5.5 over the Indianapolis Colts

It looked like Derrick Henry was going to have another bad week last week. He eventually kicked into gear and took over the whole game. Henry should be able to repeat that performance this week against a more familiar opponent. Zach Pascal is a bright spot for the Colts offence but surpassed that they're lacking a cutting edge to keep up with the Titans.

Then again, the strongest cure for a bad offence right now is the Titans defence.

Justin Herbert had a bad game for Justin Herbert last week. It still wasn't a bad game for your standard NFL starter. Such are the standards of the Chargers starting quarterback. While the Chiefs should win this game, it will be tight until the end. Joey Bosa working against the Chiefs offensive tackles should force Mahomes to earn the big plays he creates.

These are two of the best teams in the NFL and should produce two great regular season games. 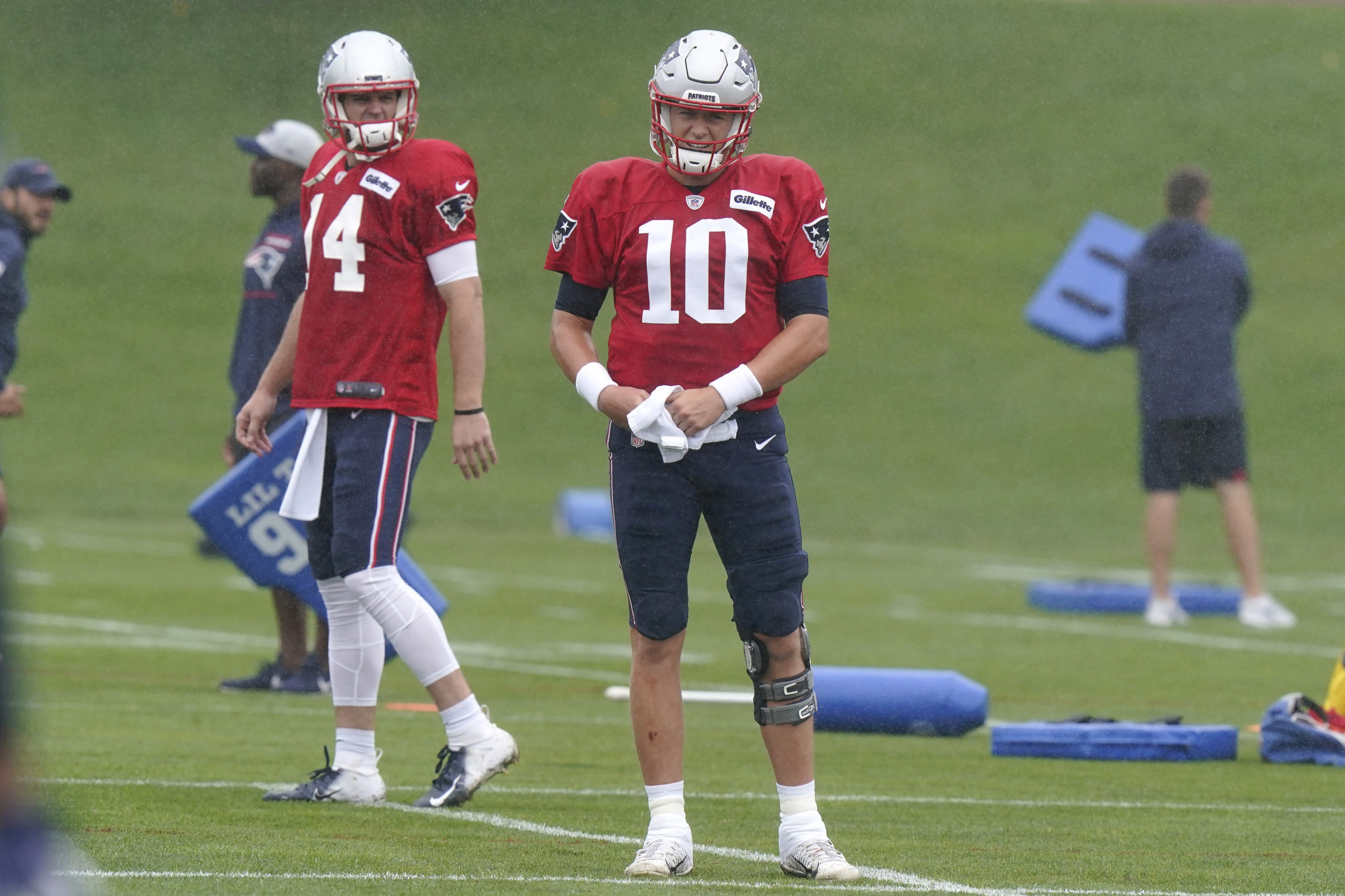 The Patriots are very close to being 2-0, the Saints are decidedly 1-1 after an emphatic win and an emphatic loss. That consistency and being the home team should give the Patriots the edge.

Washington's offence is limited and the Bills defence is good enough to take advantage of that. The Washington defence should be able to contain the Bills offence better than most too, so this will be a low-scoring, though one-sided game.

Jacoby Brissett will likely be an upgrade over Tua Tagovailoa. He wasn't last week because he came off the bench, but with a week of preparation, he will. Brissett has a much better deep ball and the Dolphins defence should rebound after being embarrassed last week.

The fear for the Broncos here is that they're missing Bradley Chubb, a key part of their success on defence. Maybe that combined with a good performance from Zach Wilson can keep the Jets within 10 points.

Seattle Seahawks -1.5 over the Minnesota Vikings

It took a big game from Derrick Henry to beat the Seahawks last week. The Vikings haven't shown that kind of life at any point so far this season. It's looking more like they will be one of the bottom 10 teams in the NFL opposed to pressing for a playoff position.

Matthew Stafford struggled more against the Colts in Week 2 than he did in Week 1 and now he gets the next stage of NFL defence, the Buccaneers unit.

The Packers against an NFL team that can run the ball....we've seen this story many, many times before.

Northwestern and Nebraska to kick off the college football season in Ireland in 2022.