Big trades have been made. Teams have changed their names. Kaepernick was… well, he still has no team, but a lot has happened in the NFL off-season. The coronavirus pandemic has not slowed down franchise appetite to make moves, writes Matthew Carolan.

NFL Free Agency has been a very exciting part of the off-season for many years now.

Where the transfer window we are used to in the GMT time zone seems to have lessened over time, NFL Free Agency has improved. Trades seem to be bigger and better. The NBA off-season has become more exciting too because of player movement.

Rumours of big trades started a few days before the official opening of free agency, but some were bigger than we ever anticipated. Here were the key trades:

Of course, there was more to follow later in the year (Jamal Adams forced his way out of New York and landed in Seattle), but in March it was Bill O’Brien who stole the headlines for the head-scratching move to trade DeAndre Hopkins to Arizona.

Bill O’Brien may be a fine coach, but the perception of him as General Manager has often been scrutinised.

This move did nothing to change people's perception. Arizona were the bigger winners in that trade.

This was no ordinary draft.

The COVID-19 pandemic meant that we were starved of sport in April. Any sport. Not even a drop. So, when confirmation of the draft going ahead was announced, draft hysteria grew tenfold.

Goodell, fresh out of a public relations meeting, had scaled back his outfit and decorated his TV room to make him seem more accessible. This included not one, not two, but three American footballs residing on his cabinet for all to see. 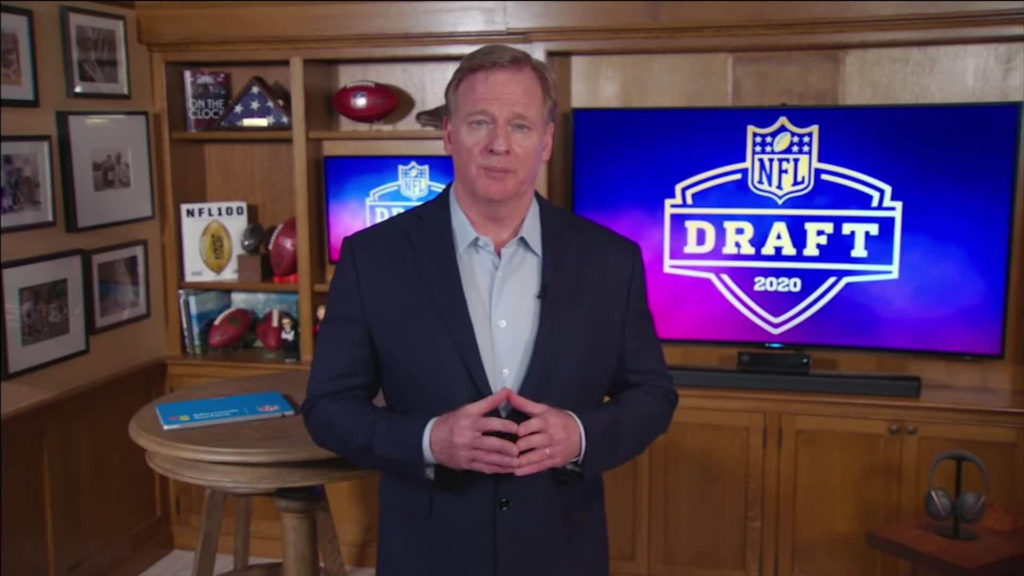 He also managed to squeeze in an outfit change at the midway point, not unlike a Britney Spears live show. And to round off his performance, he even had NFL media pull together a Zoom collage of fans booing him, so as to let us (the viewer) know that he was in on the bit too.

As for the draft selections, Burrow, Young and Okudah going to their respective new teams (Cincinnati, Washington, Detroit) was predicted by many analysts, and although Andrew Thomas wasn’t the obvious offensive lineman for the Giants to select, most assumed that position was where they would focus the number four pick.

The draft was relatively safe and predictable in the first round. However, we got one or two shocks, including the Packers’ surprising selection of Aaron Rodgers’ probable replacement in Jordan Love.

Other highlights saw Miami’s alleged ‘tank for Tua’ work out, as they landed Tua, but without really tanking. Kliff Kinsbury revealed his house was straight out of Entourage, and three big-name receivers all went in the first round. Henry Ruggs III went to Oakland, Jerry Jeudy went to Denver, and with the 17th pick, Dallas picked CeeDee Lamb.

Around the time of the George Floyd murder, a few NFL coaches offered up a limp attempt in showing an interest in signing Colin Kaepernick. Chargers’ head coach Anthony Lynn confessed that Kaepernick was the kind of quarterback that “fits their system”, and Seahawks head coach Pete Carroll claimed he regrets not signing Kaepernick back in 2016.

Carroll said that he regretted not signing Kaep in 2016. Pete Carroll is still a head coach. In fact, he’s still a head coach for the same team as he was in 2016. So what has changed apart from the Black Lives Matter movement finally getting global momentum like never before? In truth, not much. 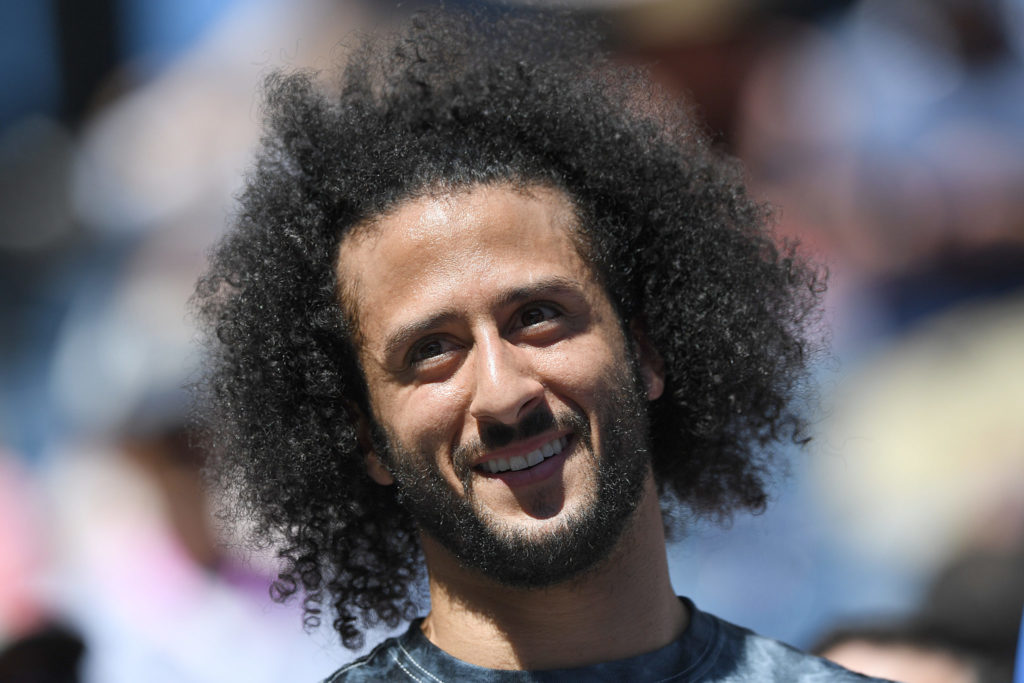 Needless to say, Kaepernick did not get signed.

Later in June, Netflix announced they would be doing a six-part documentary series on Kaepernick. When this does become available to stream, it will be interesting to see whether Lynn or Carroll reached out to Kaepernick to back up their words.

The Brady/Belichick tandem was the most feared head coach/quarterback combination in the league for some time.

And from March until late June, New England was left light in the position, while Cam Newton remained a free agent. Carolina’s decision to let him go received mixed reactions. On one hand, he is a former league MVP. He has played in a Super Bowl. He is a leader of men and one of the most dynamic quarterbacks we have seen in recent times. 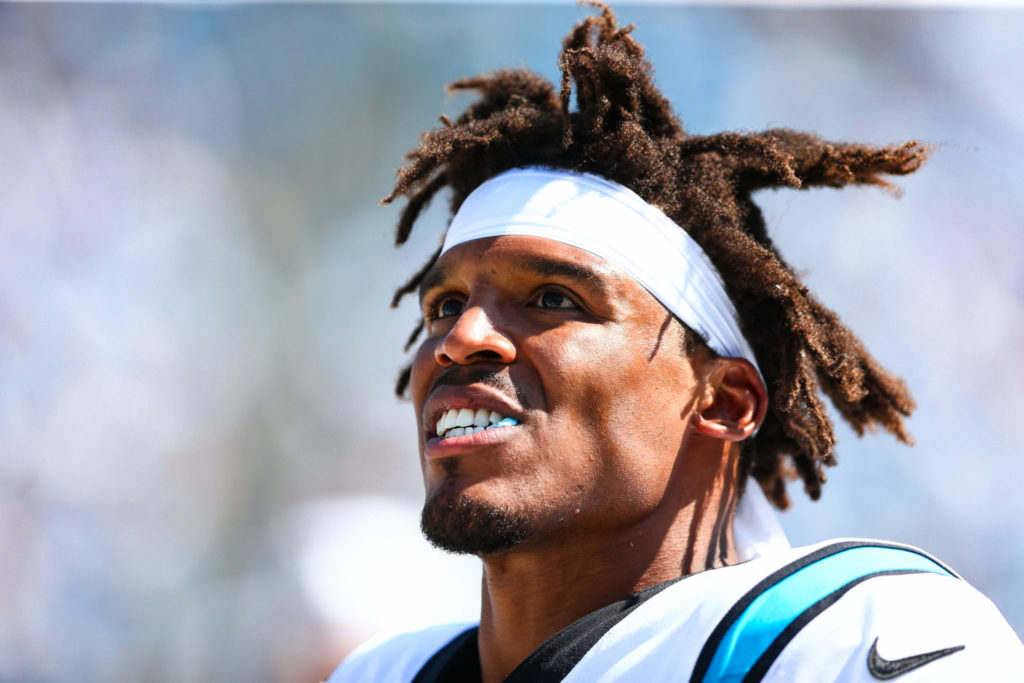 On the other hand, he has not quite been himself for some time, and a large part of that is due to injuries.

Now Cam has a one-year-deal, which may not feel like a huge commitment from New England’s perspective, but it could be seen as a ‘prove it’ deal. At a time when everyone else was afraid, for one reason or another, to bring in Cam Newton on low money, Belichick conquered. It is hard to see a downside to the deal, and barring any major issues, New England fans will be licking their lips at the prospect of this new-look offense.

It is no secret that Belichick always admired the versatility of a quarterback who could kill teams with his legs as much as his hands. As it so happens, Cam is 2-0 against the Pats.

This one should be a lot of fun to watch this season.

Someone signs a new deal every season, give or take, that makes them the best-paid player in their position, but a 10-year extension is unprecedented for anyone.

The fact is that whoever the new highest-paid quarterback is will always be eclipsed the next year or the year after that. Salary cap increases mean that general managers have more to play with, and more to allocate to their start quarterback every year.

In that sense, signing the best quarterback in the league to a decade-long contract is smart. Sure, $45 million in his first year is a lot, but maybe that will pale in comparison to the $60 million Daniel Jones in 2023?

Regardless of the sum, there is no doubt that Patrick Mahomes should have received the best deal in sport. Mahomes also became a part-owner of the Kansas City Royals. Mahomes is smart on and off the field, and barring any major injuries, should remain a perennial MVP contender for some time.

It is not clear when they will agree on their official new name yet, but the research has begun. No doubt this will include focus group testing, strategic planning and more, but it is not uncommon for franchises to take a poll or open it up for suggestions with the public or a fan base. 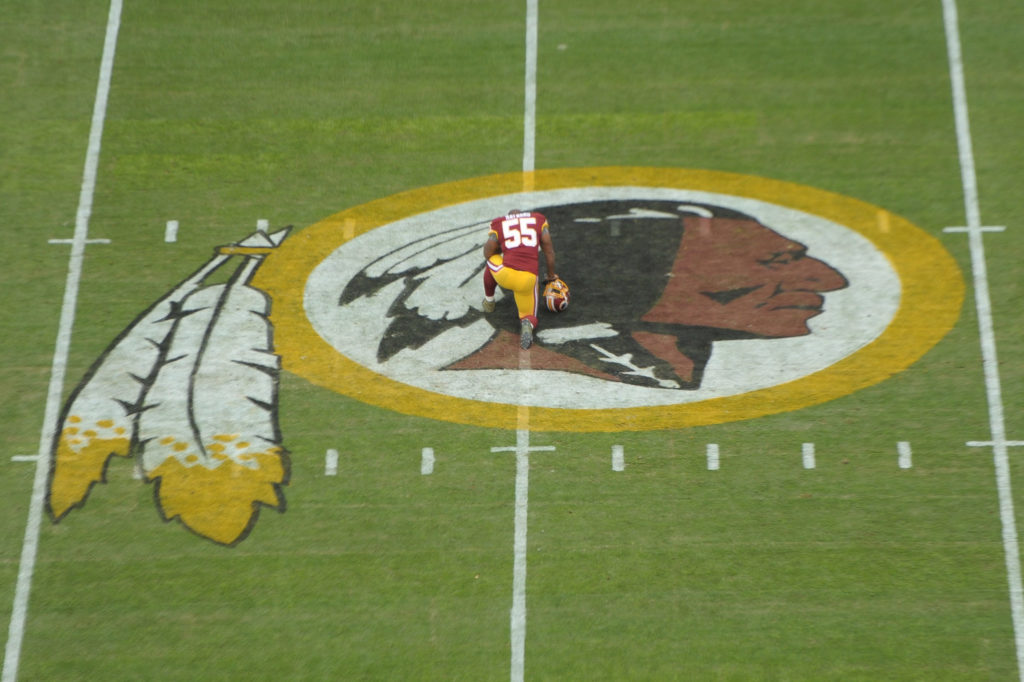 NOV 16, 2014 : Washington Redskins outside linebacker Adam Hayward (55) says a prayer at center field during the matchup between the Tampa Bay Buccaneers and the Washington Redskins at FedEx Field in Landover, MD. (Photo by Cal Sport Media/Sipa USA)

The Baltimore Sun ran a poll that resulted in their city team being called the Ravens, and the Broncos nickname came to fruition because a fan wrote an essay in a ‘name-the-team’ competition.

Early August - One month out, still no fan plan

As things stand, the regular season is still planning to kick off next month. This puts fans in a peculiar position. On one hand, we want the sport we love to be back on our screens every Sunday. In many ways, we need it.

It is an escape from the banality of the ‘new normal’, and also, it’s just a lot of fun to watch. Having the Premier League back, the PGA, the NBA and now European football has been a breath of fresh air from binge-watching box sets.

Then, on the other hand, there is an unshakable feeling that the 2020 NFL season should not go ahead in the current climate. Or, at least not with the existing plan.

The funny thing about the other hand is that, more than any other sport or league, the NFL have had a long, long time to prepare for an NFL season with restrictions and precautions in place. The Super Bowl was in February - the end of the 2019 season if you will, and that aligned with the virus making its way across the Atlantic.

Hard Knocks is back, like never before. Usually, Hard Knocks follows one team as they get ready for the season ahead. This year, they follow two teams; the LA Rams and the LA Chargers.

The mood of the show is different this year, for obvious reasons. Where the show often thrived off player conflict or pre-season fun on the training field, this year excels in the intricacies of seeing how teams are coping with a COVID-impacted training camp.

With just one episode gone, there is only so much to learn about each team. We know that Chargers’ head coach Anthony Lynn likes to barbecue and has contracted COVID, whereas Rams’ head coach Sean McVay likes to set up scenarios that give him an excuse to take his top off for the cameras.

Shocked, Not Shocked - NFL Week One