Week 1 of the NFL season brought its predictable unpredictability.

Even before the Las Vegas Raiders became the ninth underdog to win outright on Monday night against the Baltimore Ravens, Week 1 had the most upsets for more than 35 years according to ESPN.

Upsets are inevitable in the first week of the season, but what matters more is the lasting impact of performances. Is Jameis Winston now the saviour for the New Orleans Saints? Are the Green Bay Packers finished? Will Kyler Murray pass Patrick Mahomes as the best quarterback in the league? 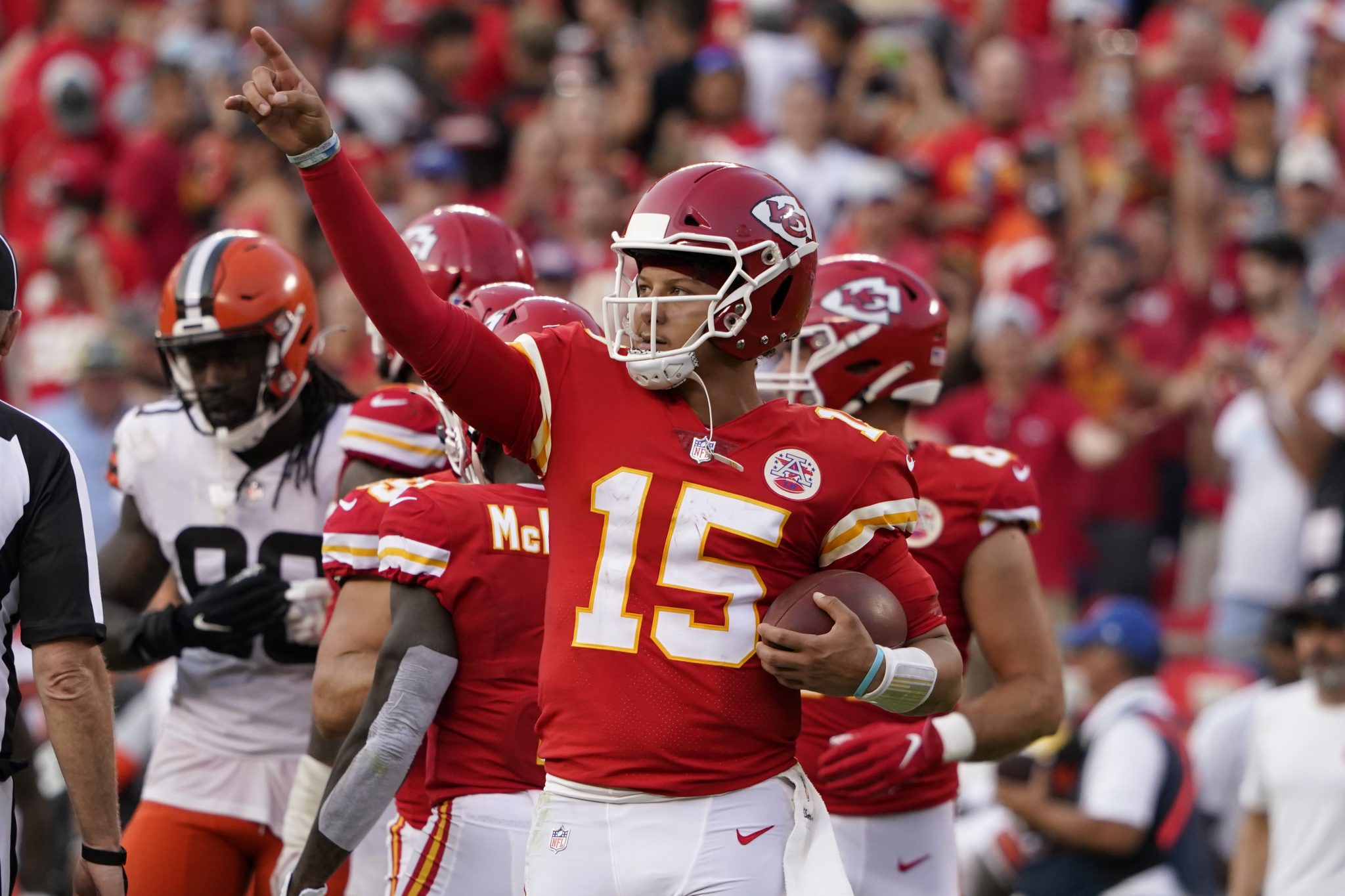 Trevor Lawrence never looked like he belonged on the field while the talented defence is being hamstrung by its porous play-calling. Something needs to change quickly or Urban Meyer will become the next Chip Kelly.

Tyrod Taylor had a good game in Week 1 and the Texans were able to beat the Jaguars by repeatedly using the same plays. Like the Jaguars last year, this team could easily enjoy an upset in Week 1 then not win another game on the year.

Matt Nagy’s offence did exactly what it’s designed to do against the Rams in Week 1. And that’s the problem. It’s a matter of weeks before Justin Fields sees the field and Nagy sees the door.

Trading away pieces should be the priority for the Falcons at this point.

Zach Wilson had enough positive plays to be excited as a Jets fan but his debut will have felt like a game they could have won.

The late flurry of points made it interesting but Dan Campbell’s team was as blunt as expected.

Coming up right behind the Packers as the biggest disappointment in Week 1. Corey Davis, Jonnu Smith and Arthur Smith’s absences were felt. At some point, Mike Vrabel’s defence has to turn a corner…right?

Even Aaron Rodgers looked awful for the Packers in Week 1. It made sense for everyone to trade him in the offseason.

Although the Panthers won in Week 1, it wasn’t an impressive display against a bad Jets team. Sam Darnold did just enough to get by. History suggests that won’t happen too many times more.

Joe Judge tried to challenge a touchdown in Week 1, if you were wondering how things were going.

Dalvin Cook didn’t have the big game everyone expected and the Vikings predictably suffered because of it. A team with such receiving talent shouldn’t be so reliant on their running back.

Joe Burrow is healthy and J’Marr Chase looks great. Those were the two most important details for this team in Week 1.

The Colts look a lot like last year’s team in many ways. But the change from Philip Rivers to Carson Wentz means they’re going to suffer a lot more against the good teams in the league. Week 1 won’t be an aberration.

Antonio Gibson and Terry McLaurin looked great. The defence forced Justin Herbert to play a near-perfect game that most quarterbacks won’t be able to replicate. All they need is some competent quarterbacking.

Despite coming into the season with talk of tanking and expectations of a struggle against the Atlanta Falcons, the Eagles looked like a potential playoff team in Week 1. There will be plenty of twists and turns but the roster is still very talented.

A fully healthy Dak Prescott puts the Cowboys in position to challenge for the NFC East. Questions about the defence will remain though. 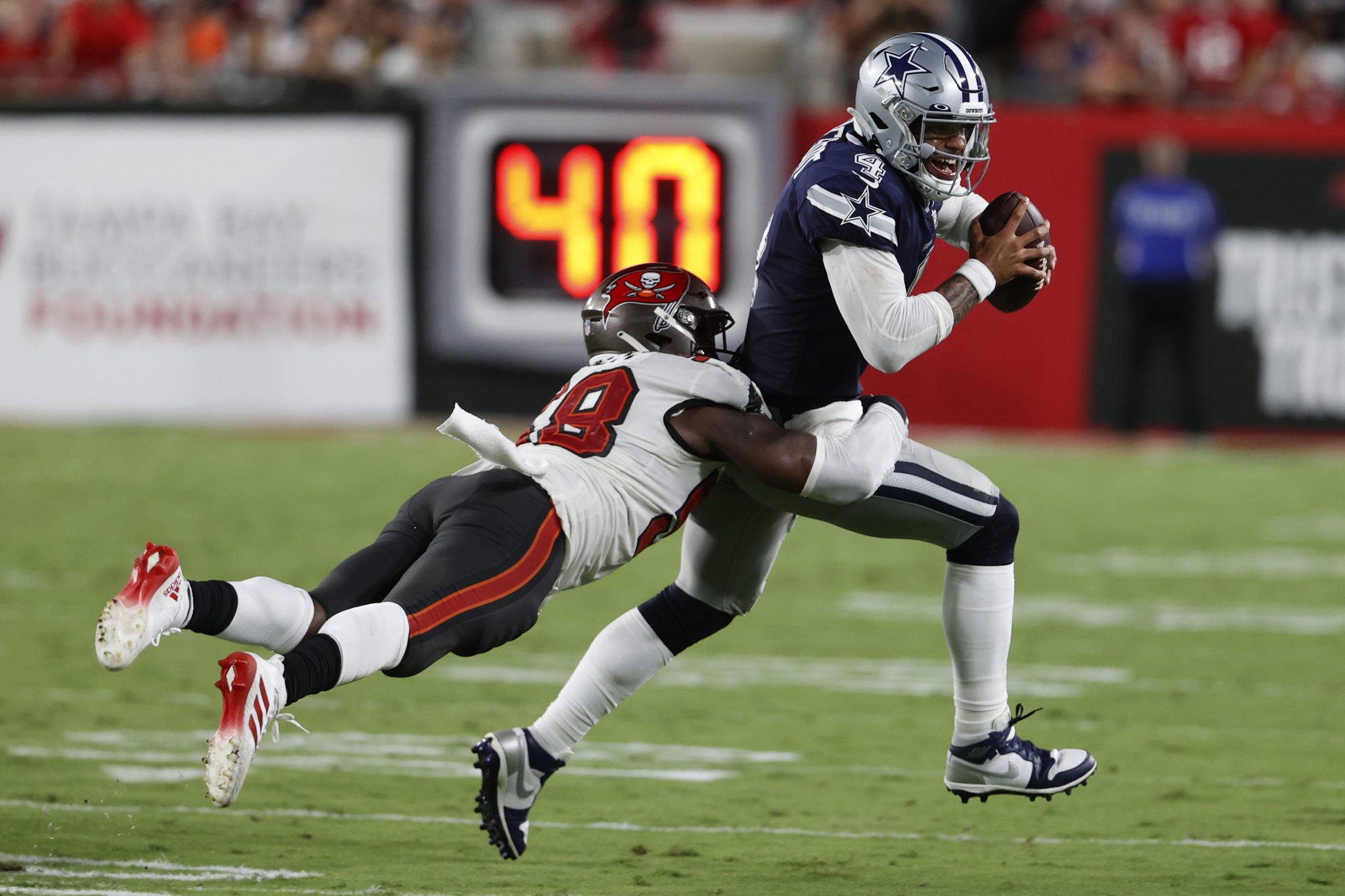 Mac Jones learned quickly that the regular season is not the same as the preseason. The rookie quarterback was effective enough for the Patriots to be competitive but they needed more on offence in the end.

Although they scraped a victory out at the very end, the Dolphins can’t feel enthused about their first showing in 2021. Brian Flores needed a late fumble to get past a Patriots team that looked better through four quarters.

An admirable moral victory for the Cleveland Browns in Week 1. Maybe if the punter doesn’t fumble the ball they hold on to win? It seems unlikely either way. Jedrick Wills injury and Odell Beckham’s absence remain big concerns.

Lamar Jackson will carry the Ravens through a lot of games this year but the injuries they've suffered are already taking a toll. Marcus Peters' absence on defence was felt on Monday night.

If the Bills and Steelers played 20 times…

…you probably still wouldn’t know which team was better than the other.

The array of receiving talent in Denver might be able to have a real impact if Teddy Bridgewater stays healthy.

Beating the Chicago Bears convincingly is a minimum expectation for any team with Super Bowl aspirations this year.

The Chargers had one of the tougher assignments in Week 1 travelling across the country to face that destructive defence. Justin Herbert excelled, Keenan Allen proved his worth and the defence did enough to outlast an improving Washington team.

12 months ago Russell Wilson as getting all the preseason MVP talk. This year he was an afterthought entering the season, allowing him to excel in Week 1 on the periphery. The Seahawks had one of the most convincing wins of the weekend.

Question marks will remain at the quarterback position for a while, but Week 1 was a testament to just how good this team is regardless of who starts under centre.

After one week, Kyler Murray is the clubhouse leader in the MVP race! Chandler Jones is second.

It wasn’t the most convincing of victories over the Dallas Cowboys in Week 1. If it wasn’t for a very questionable non-call at the end, the Buccaneers probably should have started with a loss. But still the offence was effective and the defence was scary.

It was almost like a playoff game for the Chiefs in Week 1….by that we mean they struggled through the first half, gave up a double-digit lead before eventually deciding they wanted to win the game. Once again, a fully healthy Patrick Mahomes is the hardest thing to stop in the NFL.