NFL pundit Mike Carlson was on OTB AM on Thursday to discuss the start of the new season and the ...

NFL pundit Mike Carlson was on OTB AM on Thursday to discuss the start of the new season and the chances of the Buccaneers making it to the Superbowl.

These two signings, coupled with the experience of Bruce Arians and his coaching staff and a number of other key signings, has Carlson believing that Tampa have realistic chances of going far this season.

Coaching pedigree at the Buccaneers

“I think they’ll be serious contenders in the south,” Carlson said.

“They were smart in hiring Bruce Arians and not least because Todd Bowles came in that deal basically, having lost the Jets’ head coaching job.

“He was the defensive co-ordinator for Arians in Arizona.

“He kept Arizona in games, when after Carson Palmer got hurt, after his fill in got hurt, they didn’t have much at quarterback.

“But they were able to keep in a lot of games in that division, they ran Seattle tough a number of years there.

“I respect his co-ordinator ability a lot and they’ve got some real talent on defence too.”

Bowles won the inaugural AP Assistant Coach of the Year award in 2015 for his efforts under Arians at the Arizona Cardinals the previous season.

When Arians came out of retirement to coach the Bucs in 2019, Bowles re-joined his former coach as the defensive co-ordinator for Tampa. 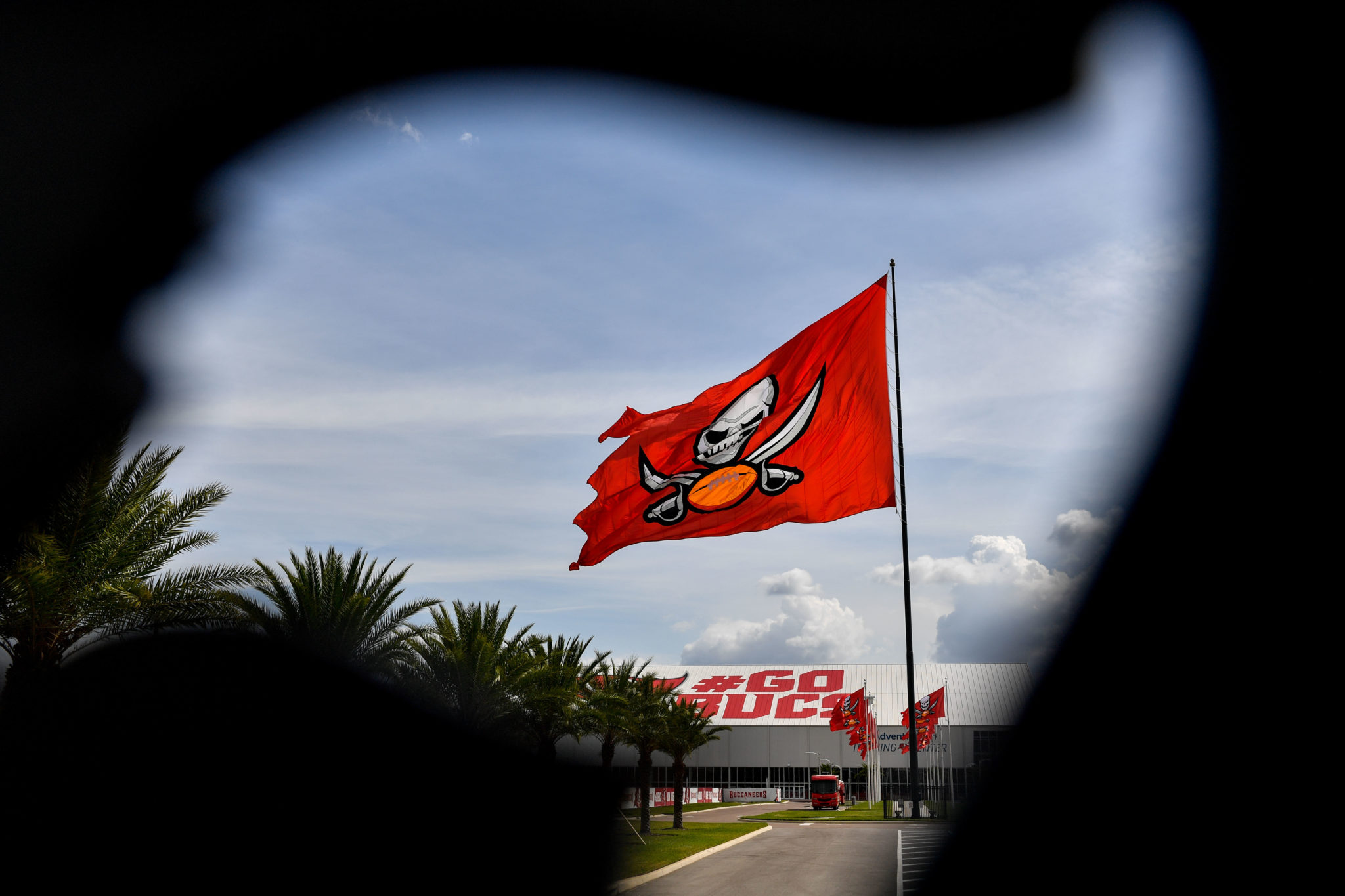 Adapting to life without Mike Evans

In the off-season, the Buccaneers signed former Jaguars’ running back Leonard Fornette after he became a free agent in August this year.

Carlson believes that this signing could not only benefit Fornette, but add great offensive options to the Tampa playbook.

“I think signing Leonard Fornette when he became a free agent with the mismanaged, shall we say, Jacksonville Jaguars got the bookies to put the odds down a bit lower,” Carlson said.

“For good reason, because Fornette in this offence could become a real threat, he could be what we expected him to be throughout his NFL career.”

The new threat of a ground game will come in handy for Arians and his team, as they will be without the services of wide receiver Mike Evans for the foreseeable future.

“They’ve got a slight problem now in that Mike Evans seems to have done his hamstring again, and I’m not sure how long he’s going to be out,” Carlson said.

Evans caught eight touchdowns last season, which is also his average number of touchdowns per season since debuting for the Bucs in 2014.

“It is hard to have a replacement for Mike Evans, but they don’t really have a solid number three receiver,” Carlson said.

“They were looking at [Scott] Miller as a slot guy, but they do have three tight ends including Gronk who can catch the ball.

“You might see some other, stranger alignments from them.”

Carlson thinks that Arians will have to adjust his playbook to account for the lack of a solid wide receiver and bring in his talented tight ends.

“You look at the way that Kansas City uses their tight ends, there’s a couple of other teams that use the tight ends, the 49ers being a good example,” he said.

“I think he’ll see that, and he’ll see there’s real potential there with OJ Howard, Cameron Brate and Gronk as guys who can stretch the field in multiple directions.

“I don’t know if it makes up for Mike Evans’ loss, but I don’t think that’s going to set them back terribly in the short term.” 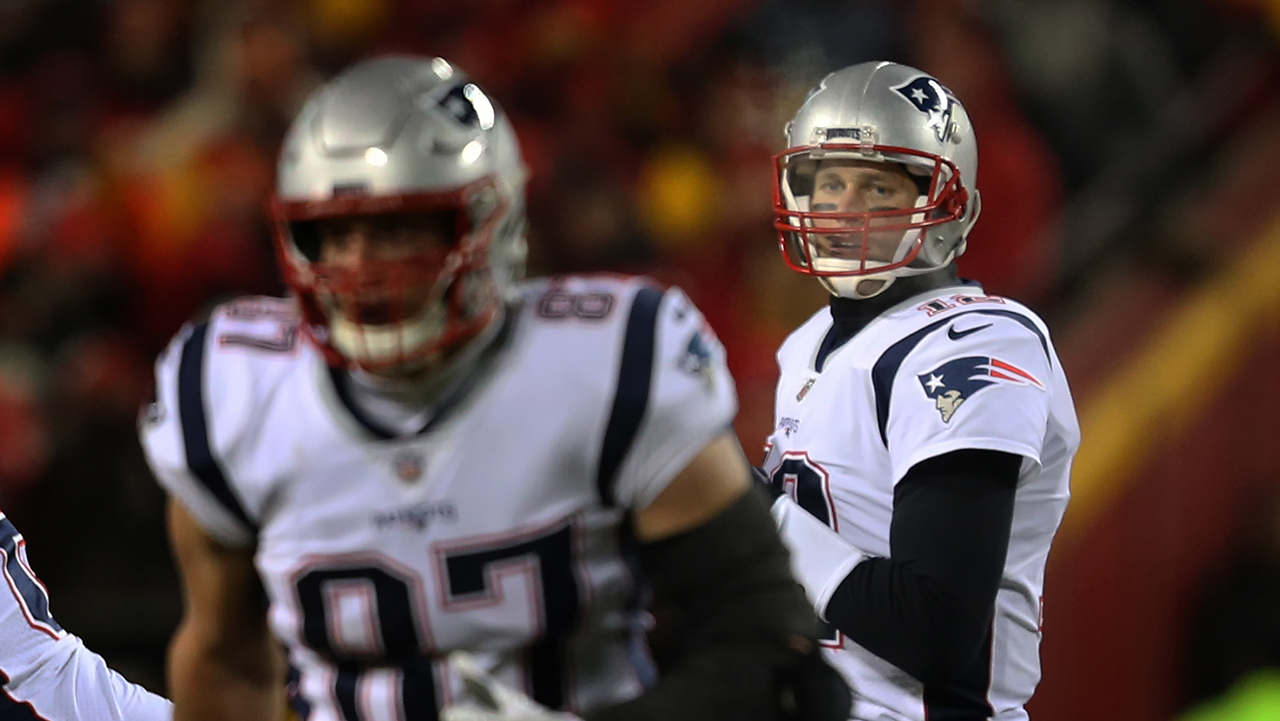 What Brady brings to the Bucs

Carlson believes that Brady will likely have the biggest impact on the Bucs’ chances of making the playoffs.

“I think [Brady] has won the quarterback controversy in Tampa and he’s likely to start, with then Gronk coming along for the ride as it were,” he said.

“The big thing with Brady that we’ve all been saying for months now is that Arians loves longer, slower-developing pass plays, and Brady obviously is not the most mobile player in the world.

“He is very good at making time for himself by moving a step here or there in the pocket, but in the last two years his tendency has been not to stand in to make the slower, developing throw.

“If he’s under pressure, he gives it up rather than risk a bad throw.

“How that’s going to pan out, whether Bruce Arians is going to change his style a little bit, which I think he will.

“Given that he’s got three tight ends who can catch the ball, and go with more short developing plays, more precision plays, that would make a lot of sense to me.” 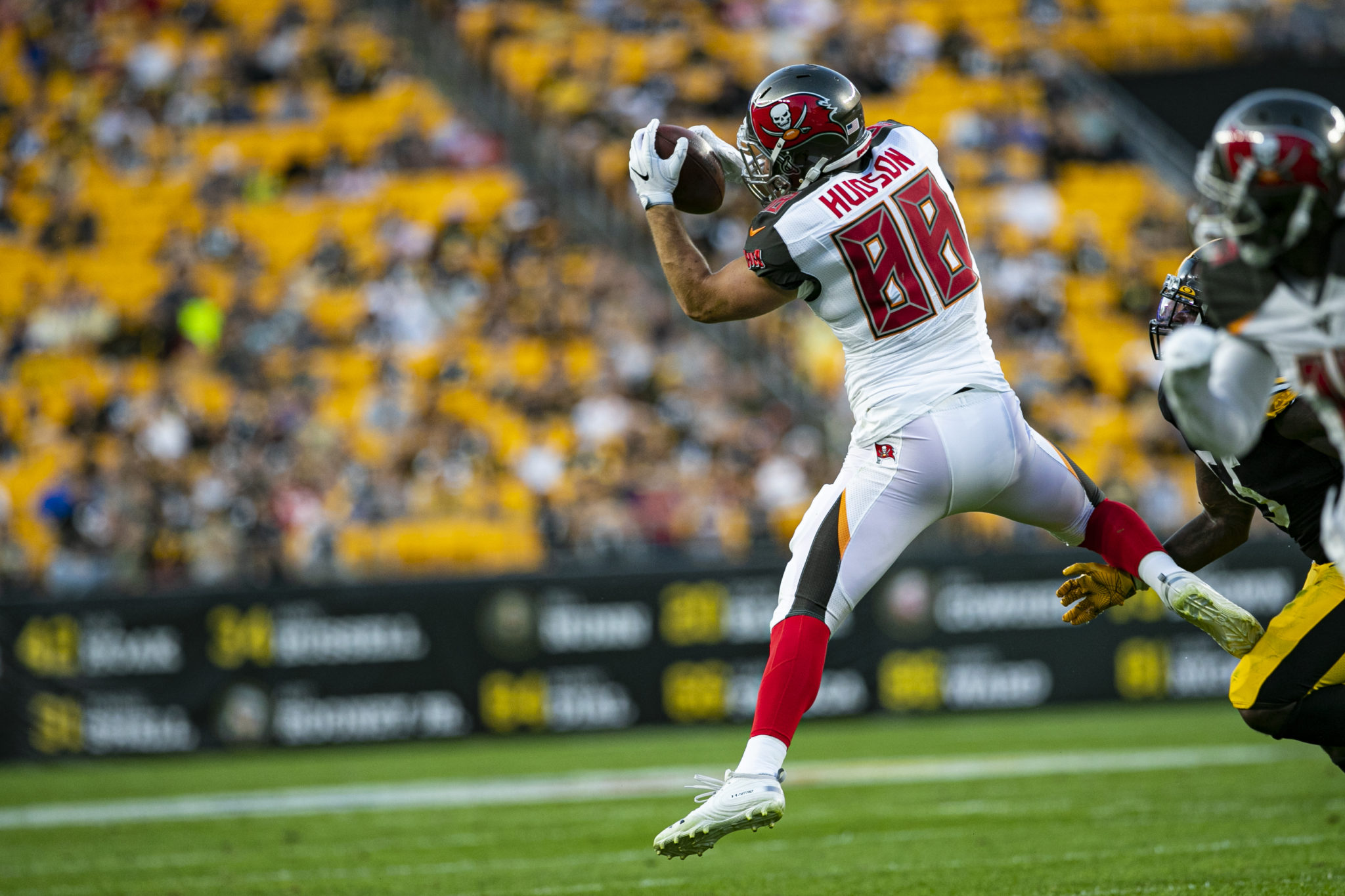 Tampa were troubled by turnovers throughout the last season, which Carlson does not think will be an issue this season with Brady at the helm.

“What [the Buccaneers] needed, last year they were a 7-9 team, and if you take away the turnovers, not just the interceptions, [but the fumbles as well],” he said.

“Jameis [Winston] was also a guy who was vulnerable in the pocket because he didn’t have a good sense of where the rush was coming from, so you got a lot of fumbles as well.

“If you took away the fumbles, and the interceptions, they’re probably at least a 10-6 team just like that.

“If Brady gives them 24 touchdown passes and only six or nine interceptions instead of 30 and 30, they’re way ahead of the game."

The Buccaneers will get their season underway with an opening round game against division rivals, New Orleans on Sunday.

“I don’t think they're as good a team right now as New Orleans is, I think that first game on Sunday night is going to be a great one, Tampa and New Orleans,” Carlson said.