Tom Brady's Tampa Bay Buccaneers suffered a shocking loss in Week 10 to the Washington Football Team. Who is the best team in the NFL? Never mind that, who is a good team in the NFL?

Only two more NFL teams have seven wins this year.

Nine more NFL teams have fewer than four wins on the year, which means that 18 teams in the league are within two games of each other. This NFL season has very little definition so far. Even the teams at the top of the pile aren't defining themselves as Super Bowl favourites.

Tom Brady's Tampa Bay Buccaneers were the consensus best team in the league for a while, but they're now 6-3 after last week's surprise loss.

At some point, we'll figure out who the good teams are, but it might not be until the playoffs at this rate.

Mac Jones played the best game that a rookie has played in the NFL this year. The New England Patriots blew out the Cleveland Browns because of that. Jones is rounding into form for the second half of the regular season. The Falcons are slumping badly.

This should be a second blowout in as many weeks for the Patriots.

Baltimore Ravens -6 over the Chicago Bears

The Ravens receivers dropped everything in Miami last week. What they did catch, they fumbled. The Bears might try to replicate the Dolphins gameplan and blitz Lamar Jackson over and over again, but it's unlikely to work as well. Justin Fields could cause the Ravens aggressive defence major problems so this might be close for a while, but the Ravens will just cover by the end.

Detroit Lions +10 over the Cleveland Browns

Even though the Lions are a horrible football team, the Browns shouldn't be favoured by 10 over anyone right now. 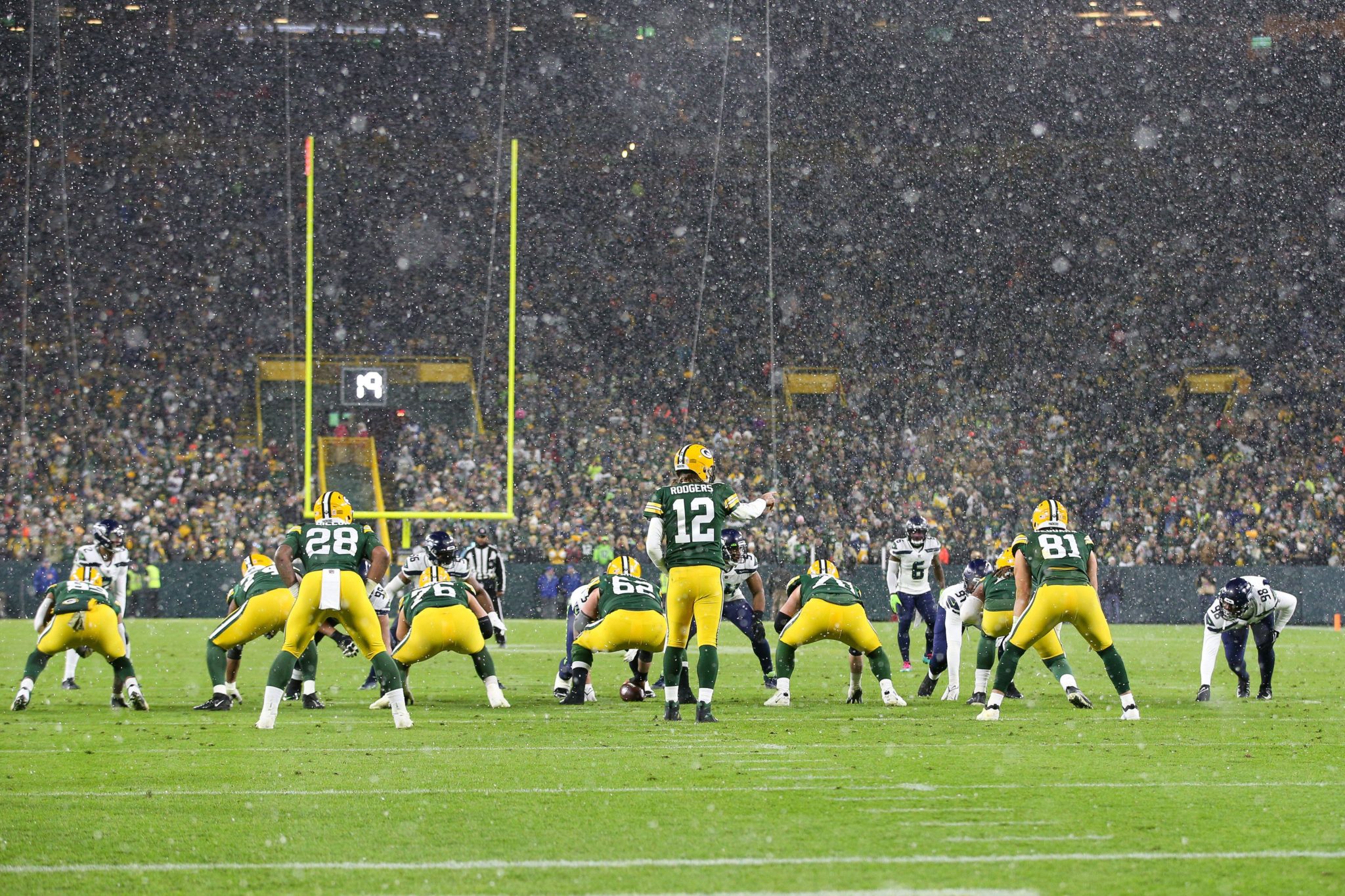 Mike Williams dropped a touchdown at the end of last week's game. Had that not happened, the Chargers may have come back at the end. Instead, they can add it to a list of self-created errors that cost them the game. Aaron Rodgers is back and the Packers played well against the Seattle Seahawks last week.

Normal service will resume in the NFC North.

Tennessee Titans -10.5 over the Houston Texans

Ryan Tannehill was without Derick Henry, Julio Jones and A.J. Brown for a stretch last week. He could be without them all for four quarters this week and still cover the spread against the Texans.

Buffalo Bills -7.5 over the Indianapolis Colts

Josh Allen and the Bills offence weren't necessarily impressive against the Jets last week but they still put up a big score. The Colts will be able to move the ball on the Bills defence because of their running game but Carson Wentz will give them opportunities to create turnovers.

I must be missing something here. For as much as the Saints are struggling and dealing with injuries, they've been consistently better than the Eagles this year, no?

Monday night's game will mostly be a reflection on the frailties of the Los Angeles Rams. Troy Aikman has already found a way to blame Odell Beckham for it. But the other side of that coin is that the 49ers looked pretty good. Defensively they were stouter than they've been and offensively George Kittle was involved often enough to create big plays.

Jimmy Garoppolo was efficient and the running game was sparked by Jeff Wilson. Could this be the start of a late-season surge towards the NFL playoffs?

At the very least they can beat the Jaguars comfortably now.

The Panthers benefited from playing that beat-up Arizona Cardinals team. Chase Young tore his ACL so Washington have their own health issues, but not enough to spare the Panthers. PJ Walker and Cam Newton are going to be under pressure this week. Too much pressure.

It's two desperate teams at 5-4. One will keep their season alive, the other likely won't make the playoffs.

Arizona Cardinals -2.5 over the Seattle Seahawks

Let's assume that Kyler Murray is back in time for this game. That is likely the expectation since the Cardinals are favoured on the road. Russell Wilson rushed back last week and the Seahawks got the expected result. There's no real reason to think that will change this week.

Although the Chiefs rebounded in a big way last week, the Cowboys did too against the Atlanta Falcons. The Cowboys have been more consistent overall this NFL season. Dak Prescott has played well when healthy and the Cowboys offence is healthier now than it's been in recent weeks.

The concern for the Cowboys is that they didn't show up two weeks ago against the Broncos on defence. They were better last week, but the Chiefs talent level is closer to the Denver Broncos than it is to the Falcons.

The Chargers dropped so many passes last week. You have to assume they will rebound somewhat this week. But the big concern is how they handle T.J. Watt. Watt was hurt last week, which could slow him down against the Chargers. That would give Justin Herbert the time in the pocket he needs to pick apart the Steelers secondary.

Tom Brady coming off a loss against one of the worst teams in the NFL. Good luck, Joe Judge.